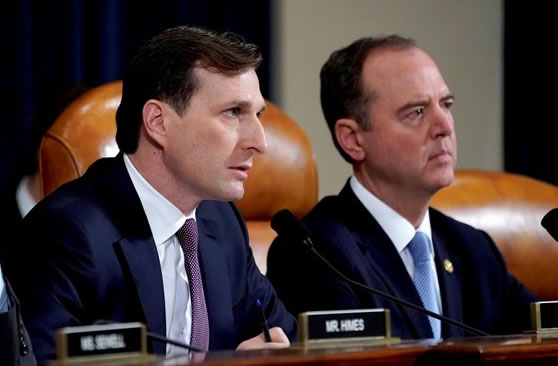 He sits at the right hand of the King of the House Impeachment Hearings, but is the center of attention as the Director of Interrogation of Witnesses.

According to Aamer Madhani of NBC News, “Daniel Goldman spent about a decade as a federal prosecutor in the Southern District of New York. He stepped away from his gig as an MSNBC pundit and fellow at the Brennan Center for Justice to jump into the trenches of Capitol Hill in the midst of the fourth impeachment inquiry of a president in U.S. history.”

Goldman once served in what an American Bar Association article called “The Mother Court: A.K.A., the Southern District Court of New York,” famous for producing bright shining stars in the constellation of nationally known lawyers, including Former FBI director, James Comey.

Goldman’s insightful questioning is the primary reason why Washington Post Opinion Writer Jennifer Rubin, recently noted – in a rare display of MSM outlets quoting each other – that “CNN reported on Friday, ‘The opening statement of Bill Taylor, the top US diplomat in Ukraine, is ‘reverberating’ on Capitol Hill among Republicans, according to GOP Hill sources, who told CNN that Taylor’s testimony is a game changer in the impeachment inquiry into President Donald Trump.'”

Goldman became the 37th recipient of the Doctor Phil Award for his interrogation technique of inserting sensitivity into his questioning of witnesses.  In granting the award, The American Association of Employment Therapists (AAET), headquarter in Trenton, New Jersey, highlighted Goldman’s use of the technique of the sudden “touchy-feely” questions, such as those beginning with the “How did that make your feel?” query he posed to former Ukraine Ambassador Marie Louise “Masha” Yovanovitch during his questioning of her in one of the public Impeachment Hearings.

Ms. Yovanovitch had reportedly broken into tears during her earlier closed-door committee testimony in the secret, basement, Star Chamber of the House of Representatives.

As further evidence of his sensitivity, when Goldman encountered a uniformed United Postal Service delivery person in the hall outside the public hearing room, he thanked the delivery person for their service and sacrifice, and asked which branch of the military their uniform represented. 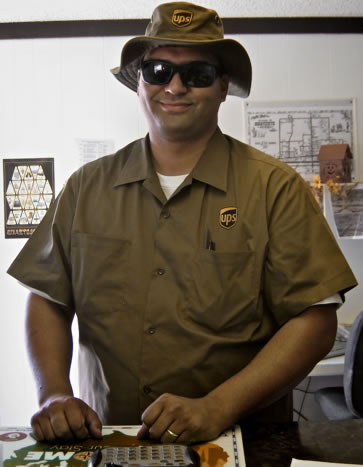 Making fun of some these guys is all too easy. "Sensitivity questioning" – LOL! So President Trump must be impeached…