The tea party movement, from its beginning several years ago, is providing a home for the wave of patriotism that has been sweeping the country since 9/11/2001. Eighty percent of Americans of all ages and income groups claim that patriotism is an important factor in their individual identities. Many patriots that have joined because of the tea party core principles of free markets, fiscal responsibility, and constitutional government share a renewed interest in our heritage and particularly the meaning and intent of our constitution. Ten thousand people a month visit this site just to read the Federalist Paper summaries alone. A detailed history of the birth of the movement can be found at The Birth of the Tea Party Movement.

More importantly perhaps, the movement also provides a home for those concerned about the economic future of our country. Those who joined the movement for this reason were responsible for the overwhelming early success of the movement in changing the tenor in Washington. The movement’s goal is redirecting governments whose actions differ substantially from our core principles through public scrutiny and support for “TEA Party” candidates. The federal government being the greatest offender received the most attention in 2010 when the tea party helped to elect some 100 “tea party” candidates to the United States House of Representatives.

From the 2010 success came considerable abuse directed toward the movement from Democrats, liberal leaning organizations and the media including claims of racism, gun toting, abusive rowdy activists, and anti-gay to name a few. Reports were published that the tea party was disappearing and would no longer be effective. (See related: “The decline of the media’s anti-Tea Party meme“)

And it may have appeared to be true because tea partiers were no longer marching in the town squares. But the truth is the tea party is now networked around the country and no longer needs to march to rally supporters. When the word goes out tea parties, 912 organizations and grassroots organization all hear it at the same time. As the founder of this site, Michael Kinzie tells us, “We have traded our protest signs for campaign signs.” (See related: “The Morphing of the Tea Party“).

Networking has allowed the tea party to expand its functions, the first being endorsing candidates that agree with our core principles at the local and national level. When the movement began, local candidates were only supported by local tea parties, with the support being information rather than endorsements because the tea parties chose to remain independent of political parties. Today tea parties across the nation share information concerning the candidates that leads to endorsements made nationwide often resulting in increased ground and financial support for the candidates. This site located in Texas recently endorsed candidates in Florida, Tennessee, and Michigan as well as Texas, and vetted others as far away as Alaska. It also provides tea party contact information for tea parties in all 50 states. The direct endorsements have become very popular as voters apparently would rather read endorsements than research candidates. You can see many examples of this activity by searching this site. (See related: “Tea Party Candidates“)

Much of the success in infusing tea party principles into local and state governments comes from a lesson learned shortly after the 2010 elections. You cannot influence office holders with talk of principles and programs unless they already agree with the principles and programs and the best way to get this agreement is to elect people from the ranks of the tea parties. Leaders that rise up in the local tea parties are recruited to run for office and they begin with endorsements from the networked affiliates.

Specific tea party blogging has begun at this site and others across the nation. Blogging further allows an expansion of influence on subjects important to the movement as well as keeping members and others informed of important activities and interests. 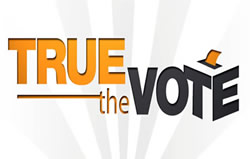 Networking and blogging are changing how people in the tea parties organize and what they are able to accomplish. Networking allows groups consisting of like-minded people, widely separated across the country, to form groups and address important specific issues. They then blog on their activities to influence and inform others. Groups are already engaged in nullification of federal unconstitutional laws with most attention on Obamacare; Agenda 21, a previously invisible world government initiative destructive to individual freedom that is now a frequent topic at tea party meetings; and Smart Meters, part of Agenda 21 that mandates electric meters that will eventually control your use of electricity in your own home. Watchdog groups that are getting organized that soon will emerge monitoring legislation, legislators, and campaign finances. The tea party is also helping organizations that began prior to the tea party movement, such as Texas TURF to experience growth in membership and viewership. A byproduct of the formation of the tea party is True the Vote whose bipartisan purpose is to ensure the veracity of each and every vote. Many other groups are forming across the country. It is an exciting time to be part of and involved in the movement.

The movement has been accused of trying to destroy the economy of not just the country but the world.  With a U.S. debt equal to the Gross Domestic Product, deficits of a type not easily reduced totaling a $Trillion or more every year, and an aging population dependent on unfunded entitlements, the economic dominoes are in place ready to react to an interest rate hike, an inflation hike, or the next recession. Regardless of the accusations, the movement will remain true to the belief that without significant steps reducing the debt and deficit now, the dominoes will fall and the country will experience economic meltdown.