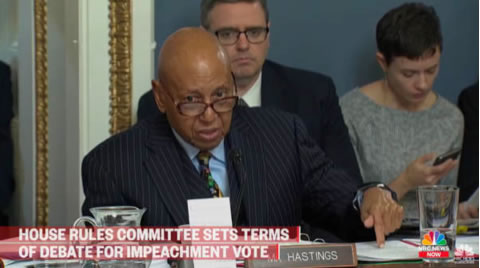 If you’re drafting plans for an impeachment, who better to make Vice-Chair of the Rules Committee than an impeached – and removed from his bench – federal judge.

Alcee Lamar Hastings represents the 20th Congressional District in the House of Representatives. His district encompasses precincts in and around Fort Lauderdale and West Palm Beach.

Here’s why he was thrown off the bench:

So, what is Alcee Hastings doing setting the rules for the impeachment of President Trump?

Say what??? A former federal judge who was impeached and removed from the bench on charges of bribery, perjury and many…