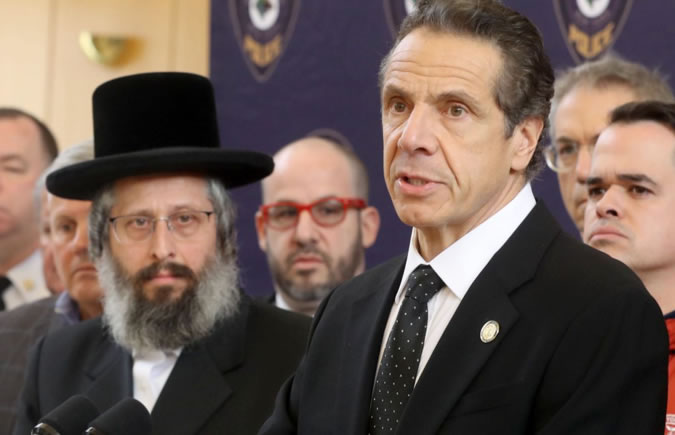 In a statement, Cuomo said on MSNBC, “You foment the hate and then you’re shocked when you see these episodes of hate all across the country? That has now become the dialogue and the currency of this nation and it’s in politics, but then it resonates out of the politics into society. And now you see people who are acting out on those hateful acts and people are impressionable, and some people are lost and some people are vessels and some people are ill, and they hear it and they respond.”

Furthermore, he said that, “Trump must be held accountable for the culture of violence and hate that he is enabling and encouraging.” 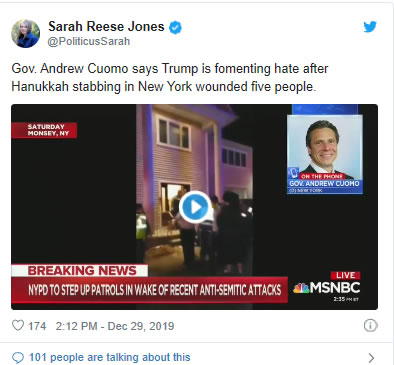 Cuomo is calling for a nationwide ban on the sale of all machetes with blades over six-inches long.

Additionally, he will be asking NY State legislators to pass a state law that anyone caught with a machete outside of their home beyond their immediate property will be arrested on the charge of carrying a deadly machete.

If found guilty, persons will be subject to a prison sentence of from 2-5 years and a $30,476 fine, plus loss of their driver’s license and library card.

Stores that continue to sell machetes with blades over the limit will be closed down, and their inventory confiscated by NY State authorities for subsequent use by the trained and licensed highway workers who control the weeds on NY highway shoulders.