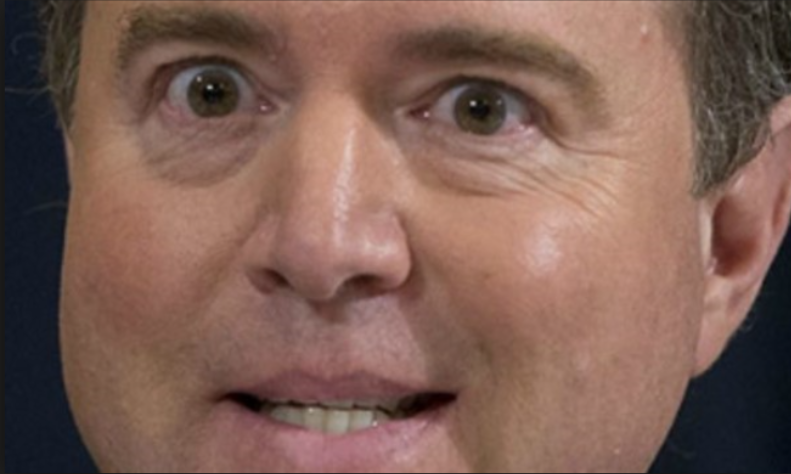 Back on March 1, 2018, Schiff admitted that he had no conclusive proof of Trump-Russia collusion.  But today, in a short statement an aide read to reporters outside Schiff’s Capitol Office, the Ranking Minority Member of the House Intelligence Committee claimed to have received a copy of an email sent from Trump to Putin shortly after the November 2016 election.

In the statement, Schiff says that “the verified-authentic email came from a high level source within the Mueller Investigation.”  He added: “Now we have undeniable, smoking-gun, rock-solid proof that Trump and Putin colluded to defeat Hillary Clinton in the election.”

The aide distributed copies of this leaked email:

When asked to comment on Schiff’s announcement, House Minority Leader Nancy Pelosi said, “Great! Now we have Bush right where we want him!”

When asked if the email came from Wikileaks, Julian Assange laughed and said, “No.”

A source from within the White House suggested that the email leak came from a recently fired staffer, who someone who quit in disgust. It is widely known in Washington that these days the White House staff is deeply divided and in chaos.