According to a March 1, 2018 CNN article entitled “Russian model in Thai jail promises to spill Trump-Russia secrets,” a Belarus “model” named Anastasia Vashukevich (AKA: Nastya Rybka), who traveled to Thailand on a Russian passport, and who has ties to Russian billionaire Oleg Deripaska and Deputy Prime Minister Sergey Prikhodko, is being detained in a Thai prison awaiting deportation.

A CNN “Trump-strike News Team” (TNT) traveled to Thailand to visit the self-described “seductress” after she claimed, in a video posted on her instagram account, that, “I’m ready to give you all the missing puzzle pieces, support them with videos and audios, regarding the connections of our respected lawmakers with Trump, Manafort and the rest. I know a lot. I’m waiting for your offers and I’m waiting for you in a Thai prison.”

The young woman’s story offered the possibility of becoming yet another CNN “bombshell.”

While no known “puzzle pieces” from Vashukevich surfaced concerning Trump-Russian connections, she did refer CNN to a wealthy Georgian oligarch named Ioseb Jughashvili from Gori, a city in eastern Georgia.

Based on her lead, CNN traveled to Gori – which in Georgian means “heap” – to visit Jughashvili.

When CNN personnel arrived at Jughashvili’s luxury apartment in Gori, they found it was guarded by Gori Police as a possible crime scene, due to the occupant’s sudden death from unknown causes. Foul play was suspected. 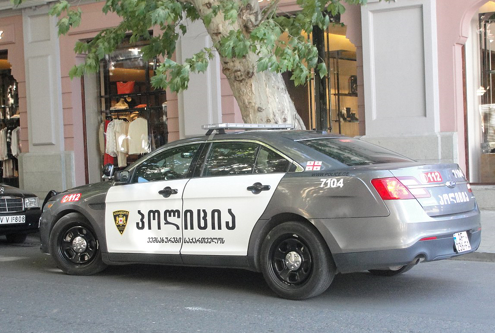 The only other occupant of the apartment was a talking parrot, named Nikita, who witnessed his owner’s demise.

With the permission of the Gori Police Department officials, CNN attempted to interview Nikita. 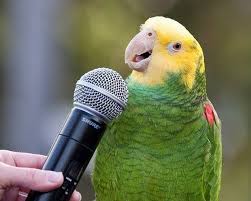 CNN offered to transport Nikita to its headquarters in Atlanta, Georgia – the U.S. state – but USDA/APHIS restrictions on the importation of birds and bird products from Georgia – the country in the Caucasus region of Eurasia – is prohibited.

When last seen, Nikita was inside his cage being removed from the premises by the Gori Police, and loaded into the police car pictured above.

As the vehicle prepared to depart, CNN personnel could hear Nikita’s muffled mantra continuing from inside the trunk…“Hello Donald. Meet my friend Vladimir…aaah”