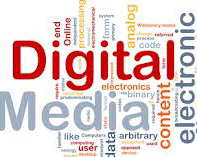 A great number of conservative minded people have spent the last few years educating themselves about our Constitution, why and how it was established, what powers it delegated to the Federal Government that it established, and how this and previous elected Federal Governments have violated the constitutional protections for our freedoms and liberties. By now we are all aware of how progressives have amended our Constitution to remove State Sovereignty (17th ) and to feed the unquenchable thirst for money and power of those in DC (16th). We know they have take over the education of our children, and are destroying their moral character, and now we are witnessing how they are driving millions of our fellow Americans into poverty and dependence.

I believe the education of conservatives is now sufficient that protest actions can be taken on a massive scale. We know what we want to do. You and I and millions of conservatives like us, know that Obamacare is socialized medicine and that this unconstitutional law should not be forced upon us. We have been hoping our elected representatives or the Supreme Court would save us from this and other legislative abominations but that is not going to happen. They have failed us so we want to act. We also want to take some action to thwart the re-election plans of statist establishment Republicans that have shown little or no interest in preventing the economic and social disasters facing our country. We are infuriated at the state-run media that supports the progressive agenda and would love to muffle it.

But what kind of action is required and how can you and I participate? The progressive Obama administration is protesting against Republican actions by closing

the public mall in DC, closing open air veteran’s monuments, and closing all the national parks and even some private facilities. The MSM has not criticized the administration for this tactic thus suggesting protest measures acceptable to our government and the MSM involve closing things that people want to use.

I once read that a group of probably young internet gurus claimed that if the government took over the internet and censored it or closed it they could provide the same service not only without government help but their actions would be impervious to government attempts to stop them. I am not suggesting that we do that but it makes one think that the computers we have at our finger tips are powerful weapons to use against intolerable government actions. They have been used as mentioned to educate but perhaps they have a greater roll in protesting progressive government actions. Computers would include smart phones, tablets and any electronic means to access the internet.

If closing things people want to use is an acceptable protest tactic and computers are weapons of protest then a thought comes to mind. Suppose a very large government program important to progressives but hated by conservatives requires people to sign up by accessing a particular website. Of course right now that website might be a total failure but if the progressives ever get it working suppose millions of us log on to that site every hour of every day thus closing it for people who want to use it. (I wonder if I could program my computer to attempt to log in all day long.) Closing websites that people want to use is really not any different than closing national parks that people want to use so I am sure as a protest it would be OK with the MSM. When the progressives give in to our non-negotiable demands, also apparently an approved tactic by the MSM, we could then reopen the website.

Other sites could be closed by our protests including perhaps GOP fund raising sites, individual Senator’s sites, or media sites. It could be a long list. Obviously we would not do anything that was illegal nor would I suggest such a thing but closing things people want to use is being done by our government so it can’t be illegal.

Conservatives are smart or else they would be progressives so the reason for this post is to try to start people thinking about how we can use the digital media to protest the progressive legislation that has been and will continue to be inflicting untold destruction on our country if something isn’t done. I know we all want to participate in protesting, we just need to know how we can be effective at it.

I certainly don’t have the means to organize such an effort and I am not sure what I mentioned is even the best way for us to use our talents and computers. Likely (certainly?) this blog will not be read by millions of people, but I offer the suggestion in hopes that someone who reads this can pass the concept to someone who will pass it to someone who will pass it to someone with a large database that can organize and perfect such a protest. Maybe we don’t have to march in the streets or drive trucks to clog traffic on beltways, perhaps we can use the digital media at our finger tips to protest and thus protect ourselves from the progressive legislative onslaught and those in both parties that support it.