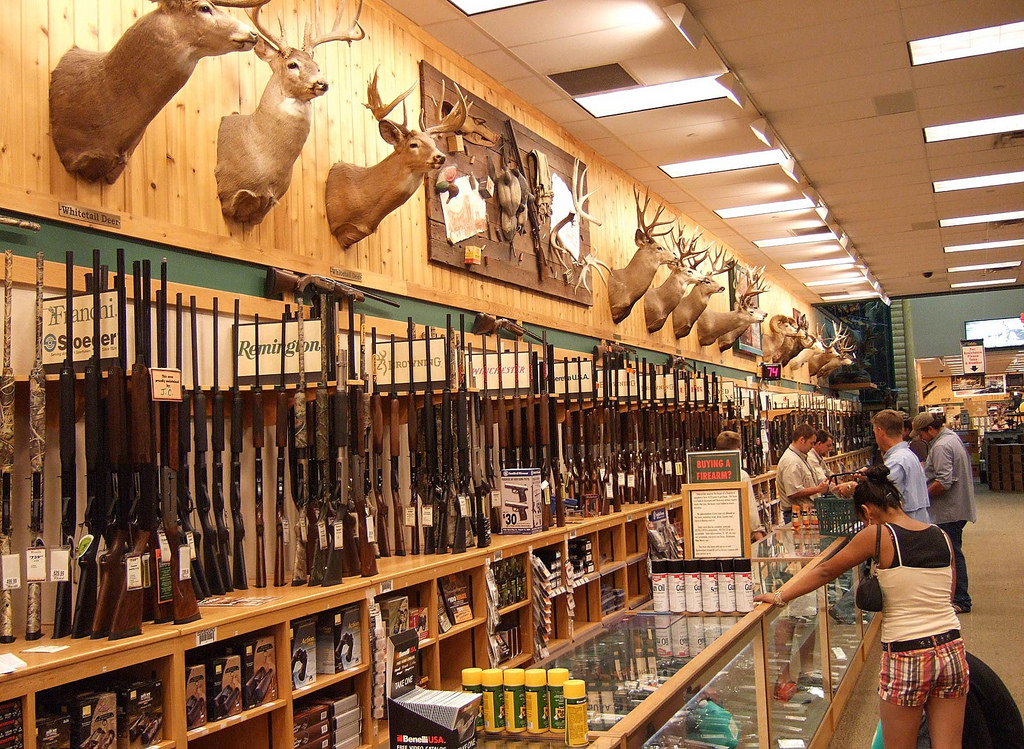 November 27, 2017’s Black Friday, saw numerous records broken. More customers than ever chose to shop than ever from the comfort of their own sofa, with more than half of all sales reportedly being made on smartphones – a new record.

Total online sales on Black Friday reached $5.03 billion, up 16.9 percent on 2016, and enough to set a new record. In addition, 203,086 requests were made for background checks for gun purchases, setting a new single day record. 185,713 were made on Black Friday in 2016, a figure which just broke the previous record, which was set at 185,345 on Black Friday the year before.

Background checks, required for purchases at federally licensed firearm dealers, are not a measure of actual gun sales. The number of firearms sold Friday is likely higher because multiple firearms can be included in one transaction by a single buyer.

Furthermore, single buyers can be checked multiple times. If denied a banking account, and thus potentially failing a background check, some folks are turning to “second chance banks” to get approved. Chexsystems banks are a fairly new concept, with strong voices for and against. I can’t claim to understand them, but was able to learn what it is here to get a basic grasp.

Now, the FBI’s National Instant Criminal Background Check System (NICS) processes the applications, and is considered as the centerpiece of the government’s effort to block criminals from obtaining firearms. However, in recent years it has struggled to keep pace with increasing demand for firearms (largely driven by fears of more restrictive gun laws proposed during the Obama administration) and the maintenance of databases containing criminal and mental health records which are necessary to determine whether buyers are eligible to purchase guns.

Is the “Trump Slump” over?

However, the election of President Donald Trump and the Republican grip on both houses led many to believe that stricter gun controls were off the table. Such thinking led to a year-long slump in gun sales, which was only alleviated by the record breaking sales recorded on Black Friday.

Numerous discounts and rebates were offered by manufacturers in an attempt to kick-start a recovery from the slump. Remington and Browning, two of the biggest names in the business, are offering cash rebates this week of up to $200 for shotguns and $100 for rifles, which are popular purchases during the fall hunting season.

Cabela’s offered 14 days of deals for rifles, handguns and ammunition, with discounts of up to 50% on Thanksgiving Day. Some companies, like Slide Fire, which makes bump stock devices, offered Cyber Monday discounts. Smaller businesses offered discounts, too. Sharp Shooters USA, a gun retailer and range outside Atlanta, offered $50 to $200 off some shotguns and bolt-action rifles for hunting.

Handguns remain the most popular model of firearm, having overtaken long guns as the most popular category of weapon in 2014, and a big trend this year has been powerful handguns like 10mm pistols.

Of more significance in driving up gun sales, however, is the current political discourse. The surging numbers received by the bureau’s National Instant Criminal Background Check System (NICS), came just days after Attorney General Jeff Sessions ordered a sweeping review of the system, which allowed a court-martialed Air Force veteran to purchase the rifle used earlier this month to kill 25 people inside a Sutherland Springs, Texas, church. Following the shooting, the Air Force acknowledged it had not provided the FBI with details of the court martial, which likely would have blocked the 2016 sale of the murder weapon to Devin Kelley.

Stephen Morris, a former assistant FBI director, said after the shooting that the NICS system has long been plagued by incomplete or outdated information. In many cases, a background check may show a record of arrest, but there is no additional information to indicate whether the case was dismissed or resulted in a felony conviction which would prohibit a gun purchase.

The mere record of arrest is not enough to prohibit a gun sale, so FBI analysts must race to fill such information gaps within the three-day time period allotted for each check. The search sometimes requires inquiries to police departments, courthouses and prisons across the country to match final dispositions to the incomplete records.

In Kelley’s case, the Air Force not only failed to provide the record of his conviction — it also missed other potential opportunities to alert the FBI to Kelley’s legal troubles. Among them: his initial arrest on domestic abuse charges and his 2012 escape from a New Mexico behavioral health facility, where he was being treated for “mental disorders” in advance of a court martial proceeding.

In a statement made in November 2017, Sessions said NICS “is critical for us to be able to keep guns out of the hands of those that are prohibited from owning them.” He said the Texas shooting “revealed that relevant information may not be getting reported to the NICS — this is alarming and it is unacceptable.”

The surge in sales that followed Sessions’ statement reveals a paradox: The threat of increased gun control boosts gun sales, and the profits of gun manufacturers.