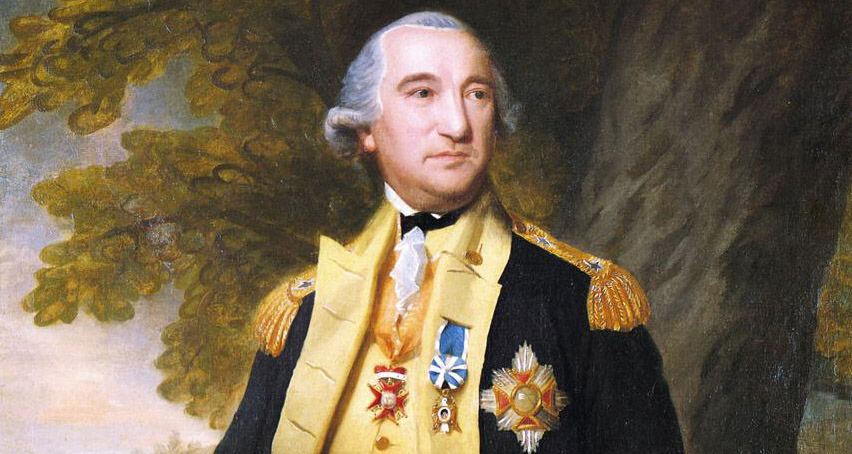 Friedrich “Baron” von Steuben was a Prussian officer and served as an aide to Frederick the Great. Following his military career, von Steuben received a recommendation from Benjamin Franklin and wrote to George Washington, “… the object of my greatest Ambition is to render your Country all the Services in my Power…” Congress first approved von Steuben’s request to serve as a volunteer and later approved Washington’s request to name von Steuben as Inspector General of the Continental Army. Arriving at Valley Forge in February 1778, von Steuben quickly began the development of standardized training for the American Army. Baron von Steuben described his first impressions.

“My determination must have been very firm that I did not abandon my design when I saw the troops. Matters had to be remedied, but where to commence was the great difficulty… Nothing was so difficult, and often so impossible, as to get a correct list of the state or a return of any company regiment, or corps… I am sure that at that time a General would have thought himself lucky to find a third of the men ready for action whom they found on paper…

If the captains and colonels could give no account of their men, they could give still less an account of their arms… clothing, ammunition, camp equipage, etc… not only the clothes but the arms were carried off by those who had completed their time of service… The arms at Valley Forge were in a horrible condition, covered with rust, [and] half of them without bayonets, many from which a single shot could not be fired…

The description of dress is most easily given. The men were literally naked, some of them in the fullest extent of the word. The officers who had coats had them of every color and make. I saw officers at a grand parade at Valley Forge mounting guard in a sort of dressing gown made of an old blanket or woolen bed cover.” Baron von Steuben, The American Army at Valley Forge, February 1778

“The loss of bayonets was still greater. The American soldier, never having used this arm, had no faith in it, and never used it but to roast his beefsteak, and indeed often left it at home.” Baron von Steuben, The American Army at Valley Forge, February 1778
—
“… I wish to make use of this last moment of my public life, to signify in the strongest terms my entire approbation of your conduct, and to express my sense of the obligations the public is under to you, for your faithful & meritorious Services.” George Washington, Letter to Baron von Steuben, December 23, 1783