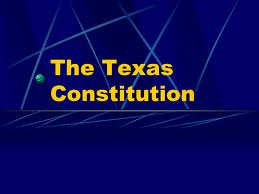 A mass meeting of Texas House District 5 voters, hosted by the Tea Party of Rains County, was held in the Rutledge Room of the Best Western Plus located at 1026 E. Lennon Drive, Emory, Texas on April 9, 2013.

A resolution entitled, “Resolution to Convene, Pursuant to Article 1, Section 2 of the Texas Constitution” was unanimously adopted following lengthy debate over the tone and scope of the action.

The next session in Rains County will take place at the call of the Chair and the date and time and place will be placed in the Rains County Leader, as assemblies within the House District need time to consider this action.

The LAKE COUNTRY REPUBLICAN CLUB will host a meeting for voters of Texas House District 5, composed of registered voters residing in Rains, Wood, Camp, Morris, and that part of Smith County, by recent apportionment represented by Brian Hughes, to ratify or reject the resolution adopted by the Rains County Assembly to be held on Tuesday, April 23, 2013 at 7:30 p.m. at the Quitman Public Library located at 202 East Goode Street, Quitman, Texas following regularly scheduled business.