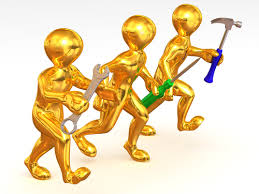 Judging by the overwhelming under-response to Lee Cary’s call for a Tea Party rally and to an earlier article by myself calling for spring rallies I predict there will be no Tea Party rally this spring or in Dallas on July 4th or any other day this year.

Why not? There seems to be ample dissatisfaction with government policies and actions both financial and social. Is the pressure building below ground level only needing a final intolerable act to trigger a volcanic eruption? Perhaps we are content having voiced our concerns to leave it up to the politicians to solve the problems. Maybe we are defeated as a result of his re-election and the best we can offer are articles and comments on the internet concerning the coming economic disaster or protesting our loss of liberty.

Whatever the reason I am unhappy with the failure of the Tea Party to rally their supporters in favor of some cause. I applaud the cover page on this site for listing day after day all of the legislative and civil actions taking or attempting to take more of our freedoms. I also know there is much unpublicized work being done to help elect supportive political candidates. However I cannot understand why the Tea Party is not actively attempting to recruit the population  into protesting actions completed or underway that reduce the miniscule amount of our remaining liberty. Perhaps I am unaware of actions being taken in which case I hope to be corrected.

The Boston Tea Party, from which we take our name, was a protest against a loss of liberty caused by a government act. I suspect any participant in that act of rebellion would wonder today how the spirit of 1773 could have waned so thoroughly by 2013 particularly since the liberties they fought for are once again in jeopardy.

I think the Tea Party needs to be retooled but not just to reignite protests against government fiscal policy but to expand the charter to include principles calling for the protection and re-establishment of our sovereignty our liberties and our freedoms . Fiscal issues are important but no one ever said “Give me sound fiscal monetary policy or give me death” or carried a sign saying “Kill the Fed or Kill Me”. We may argue about whether the financial crisis is real or imagined or whether it is imminent or in the distant future but there is no argument that laws infringing on our right to keep and bear arms and Obamacare are acts diminishing liberties enjoyed prior to this administration.

I could write the next 50 lines with each line listing a government act that has taken our sovereignty or our liberty, but you know what they are. The important question is do the majority of Americans even know about these issues or do they just not care about the current and certain future loss of their freedoms.

Would rallies about restoring liberty attract the attention of the country? One possible answer was given by the filibuster by Rand Paul concerning the power of the President to act alone to use drones to kill Americans in America that were not posing an imminent threat. The issue clearly woke up some people in the media and the administration. It scared the Democrats.

I would like to see the Tea Party and its leaders focus on the theme of Give Us Back Our Liberty (or else).   Merely saying we support the Constitution is not sufficient.  Liberty as an issue has the benefit of including all of the social and financial issues before the people. Those that want to protest gay marriage or those protesting drone surveillance or those protesting the  fiscal irresponsibility of the Federal Government all fit under this theme.  If the appeal to the public triggers fear and concern then solutions become possible.

I say it is time to retool the Tea Party to expand its importance, its influence, its membership, and hopefully provide the leadership to rally the people to reclaim their freedoms.