These are my responses [in two Parts] to questions posed to our tea party by the Fort Worth Star-Telegram.  Thanks, Barry A. Schlech:

Ms. Tinsley, I am responding to the questions you asked of our group’s secretary, Ruth Zschiesche, earlier this month. I hope you find my responses informative and helpful. One critical point is that the Texas Patriots Tea Party will probably not endorse any particular candidate, although we will be taking straw polls of our membership and will publicize those results.

1) What is the Tea Party looking for in a candidate? If you survey the tea party groups around Texas [including our Texas Patriots Tea Party and the 912 Project of Fort Worth], most of them have very similar principles that drive them and determine their support or non-support for any particular candidate… fiscal responsibility, limited government, personal responsibility, strong national sovereignty, lower taxes. The Tea Party is looking for candidates that are conservative politically [usually Republican] and see the U.S. Constitution as the most important guide for decisions related to our nation and its citizens. The Tea Party movement began in early 2009 in response to the extreme “overreach” by our Federal Government into our lives and that feeling continues. Any candidate that would work to limit the power of the federal, state or local governments will gain tea party support. We are not against government, but we are against the “nanny state thinking” where the government sees itself as the answer to all our problems. An unwieldy, ever-growing and intrusive federal government is the problem.

2) Is there one candidate for the Senate that they are especially looking at or leaning toward? If so, may I ask who that is? The Texas Patriots Tea Party will probably not endorse any candidate for the U.S. Senate from Texas, but individual members will be vocal and seem to favor conservative candidates such as Ted Cruz, Lela Pittenger, or Glenn Addison.

3) Why is he or she the best candidate? Tea Party groups tend to support any candidate that is knowledgeable about a) the U.S. Constitution and b) the visions that our Founding Fathers had for the future of America. We are attracted to strong advocates of a Federal Government with limited powers as set out in the U.S. Constitution and highlighted in the Bill of Rights (especially the, 2nd and 10th Amendments). Remembering that it was the States that created the Federal Government and not the other way around. Many of our members like candidates that strongly support fiscal and personal responsibility, lower taxes, traditional family values and the rule of law. Candidates for U.S. Senate will gain our support if they are for 1) individual freedom and choices [e.g., not ObamaCare], 2) a truly representative republic [e.g., citizens not directed by the ever growing number of unelected czars in the executive branch] 3) a fiscally responsible Congress [e.g., not the wasteful and wanton spending by Congress] 4) a balanced federal budget [e.g., not an ever increasing national debt or limit] 5) lower taxes [e.g., not a revenue problem, but a spending problem] 6) a secure U.S, border [e.g., not profligate, out-of-control illegal immigration, 7) reducing smothering and job-killing governmental regulations [e.g., by the EPA, Dept Ed, IRS, Dept Energy].

4) What does the party think about Lt. Gov. David Dewhurst? Some, but not all, of our members supported our Governor Rick Perry in his recent bid for the U.S. President. He espoused many of the tea party principles and was a strong states rights/10th Amendment guy that we liked. Nevertheless, there is not a lot of tea party support for Mr. Dewhurst because of his more liberal Republican views. He has probably sensed this animosity since he has been unavailable for or a “no-show” at many of the tea party events to which he was invited. He is seen, by many, to represent the “good ol’ boy moderate to liberal Republican establishment that is well entrenched in Austin. He is seen as a close ally to House Speaker Joe Straus whom the tea party does not respect. Many tea partiers are not happy with this liberal Republican clique in Austin and want to change to a more representative and more conservative legislature. The actions of the courts on the redistricting for Texas have also aggravated the tea party’s frustration with Austin. Certainly, redistricting will have no influence on the U.S. Senate race, but the delay in finalizing the districts is an overriding problem giving incumbents the edge over the non-incumbent challengers. The tea parties would like to see more conservative legislators and more, “less-conservative” incumbents removed from office. In keeping with this approach and in light of Senator Hutchison’s retirement, the tea parties see an opportunity to get a stronger conservative Senator to represent us and the tea party is on the hunt for a good one. Mr. Dewhurst doesn’t seem to fit this model.

Which Candidate Does the TEA Party Support? Part 2 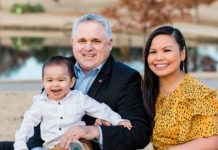