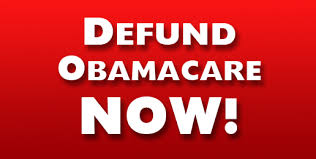 There are two myths that Obama, the media and establishment Republicans want us to believe.

Number 1 is definitely not true and number 2 is also not true but unfortunately our weak-kneed Republicans have a consistent track record of blinking first almost every time.

“Blink, Blink, Blink” could be called the marching cadence for Republicans except for the fact that they no longer even put up the pretense of challenging the Democrats in a starring contest. It makes one wonder how many Republicans who claim to be conservative even believe their own campaign rhetoric.

How many times are we going to have to listen to “just let us have a pass on fighting now and we promise to take a firm stand and fight to the death, next time.”

So we sit and watch the same old parade as the Republicans march along….

As Sun Tzu says “picking the time and place to do battle” is wise, but the Republicans are mis-using this piece of wisdom.

The Republicans in Washington and Austin remind me of a soldier sitting securely in his foxhole. When told to attack the enemy, he, like the Republicans, says “now is not the time to fight since we might not win. Let’s wait until the enemy is out of ammunition to attack. Then we can win without any casualties.” The Republicans ignore their collective strength and instead, focus on their personal fear of being one of the casualties.

“We the people” must let all the elected officials know that any Continuing Resolution (CR) to fund the government must specifically exclude any funding for Obamacare and specifically state that no federal funds are to spent on any aspect of Obamacare.

The message is “fund the government but not Obamacare”. Do not let the media sell the lie that “the Republicans will shut down the government if Obamacare funding is not included in the CR.” That statement is an outright lie.

The House can pass a CR that fully funds the government but excludes any funding for Obamacare. Then, it will be up to the Senate DEMOCRATS and Obama to either accept the the CR or THEY will be responsible of any subsequent government shut down; NOT the Republicans.

The Heritage Action and Ted Cruz “Defund Obamacare” Plan will work if the Republicans will pass the right bill now and NOT BLINK. But, they cannot do it by themselves. We, the conservative people must speak louder than the Socialists liberals and let everyone in Washington know that the overwhelming majority of Americans want Obamacare gone.

Let your voice be heard. Call you House Representative and your Senator’s offices EVERDAY until the right CR is passed. Let them know that unless they vote to defund Obamacare that you will support anyone who runs against them in the next election.

It is also disappointing that many of our so-called conservative leaders who talk about defunding Obamacare are in favor of just delaying Obamacare. Delaying just gives the bureaucrats more time to write regulations and get infrastructure in place that will be harder and harder to get rid of later.

Also, you should read what Newt Gingrich had to say about the 1995 shutdown of the government http://www.americanthinker.com/2013/08/yes_defund_obamacare.html

Alone you are a drop of water, but together we become a tsunami!