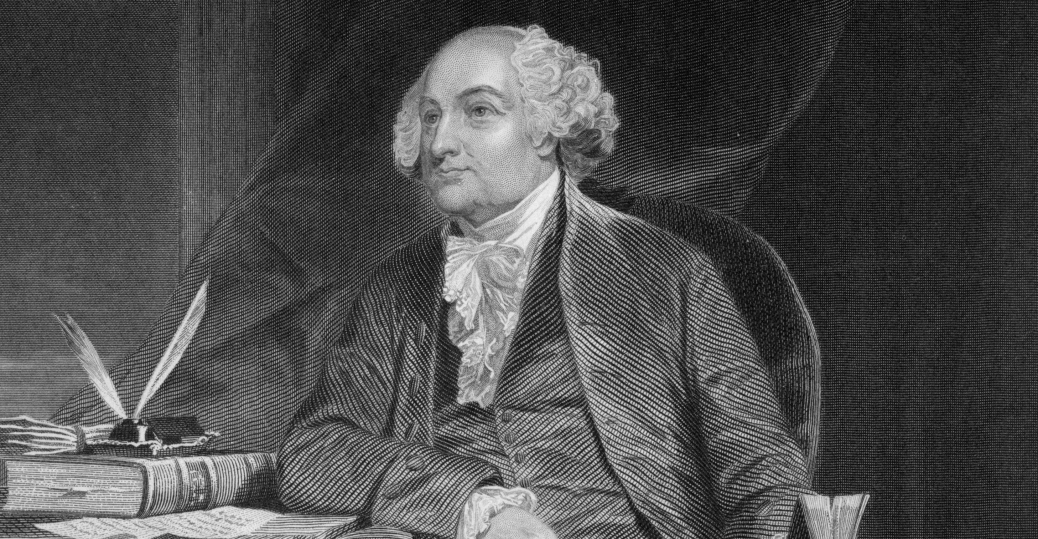 In 1776, John Adams was asked to share his opinions on government. In response, Adams wrote several letters and a pamphlet entitled, Thoughts on Government. Adams touched on three branches of government and a system of checks and balances. Thoughts on Government helped colonists embrace Independence and influenced several State Constitutions. (In 1780, John Adams became the primary author of the Massachusetts Constitution, the oldest functioning constitution in the world.)

“It has been the Will of Heaven, that We should be thrown into Existence at a Period, when the greatest Philosophers and Lawgivers of Antiquity would have wished to have lived: a Period, when a Coincidence of Circumstances, without Example, has afforded to thirteen Colonies at once an opportunity, of beginning Government anew from the Foundation and building as they choose. How few of the human Race, have ever had an opportunity of choosing a System of Government for themselves and their Children?

… All Sober Enquirers after Truth, ancient and modern… have agreed that the Happiness of Mankind, as well as the real Dignity of human Nature, consists in Virtue… [And] great Writers… will convince any Man who has the Fortitude [courage] to read them, that all good Government is Republican… for the true Idea of a Republic, is ‘An Empire of Laws and not of Men.’

… As a good Government is an Empire of Laws, the first Question is, how Shall the Laws be made? In a Community consisting of large Numbers, inhabiting an extensive Country, it is not possible that the whole Should assemble, to make Laws. The most natural Substitute for an Assembly of the whole, is a Delegation of Power, from the Many, to a few of the most wise and virtuous… [The] Representative Assembly, should be an exact Portrait, in Miniature, of the People at large… [and] great Care should be taken in the Formation of it, to prevent unfair, partial and corrupt Elections.” John Adams, Letter to John Penn, March 27, 1776

James Still (Apr 2017), RetraceOurSteps.com
“… the blessings of society depend entirely on the constitutions of government… There can be no employment more agreeable to a benevolent mind, than a research after the best.” John Adams, Thoughts on Government, April 1776

“… [without] the great political virtues of humility, patience, and moderation… every man in power becomes a ravenous beast of prey.” John Adams, Thoughts on Government, April 1776