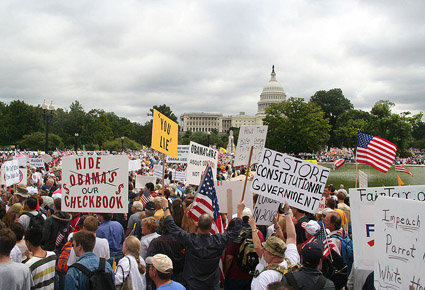 In the Texas Spring of 2014 we have a number of huge Republican Primary battles.  Every candidate running for public office claims to be a “conservative”!

We know this is hogwash.

The Texas tea parties and national tea party groups have been very visible in these races. Every candidate welcomes endorsements or support from tea party or conservative organizations.  Proving…the tea party is NOT DEAD!

Luckily or unluckily, the voting records of  incumbents in the legislature, on city councils, or on school boards reflect pretty accurately how “conservative” they really are. Many fall short of those principles.  Newbie candidates, without any political record, shout about their conservative values of family, pro-life, fiscal sanity, business acumen, and reverence for our Founders. If they have no criminal record, bankruptcies, or known sex scandals….we take them and their promises at their word….with caution. Both types of candidates are suspect in today’s world and especially by watchdog groups like the tea party for we have seen so many disappointments in our elected officials who become contaminated by the “good ol’ boy” systems in Washington, DC or in Austin, Texas. It seems that faith may be a valuable commodity in the religious world, but it has little to do with the political world. Citizens require action and results and elected officials who fulfill their campaign promises.

The word “conservative” is being grossly misused and abused today, but NOT by the Tea Party. The Tea Party grew out of a shared frustration with Democrats and Republicans who failed to curb government growth, its unsustainable spending, its intrusion into our private lives and property, its oppressive regulations burdening our businesses, and the rampant corruption of self-serving government officials. Yes, we are a jaded bunch of patriots!

The current Mainstream Media, liberals and leftists proclaim that these values are “extreme”. This is a

joke….I dare you to read them again and tell me they are “extreme”!

Nevertheless, even if the tea parties agree on basic conservative principles and goals, they may differ considerably on the process of reaching these goals.  More specifically, WHICH candidate is more likely to a) be their ally, b) espouse most of their values, c) win in the election and d) honor those values AFTER they are elected.

Such is the case with the race for Republican Candidate for Texas Lieutenant Governor. Four seasoned and distinguished candidates ran in the Republican Primary election on March 4, 2014:

Run-off Election between the top 2 vote-getters [Patrick, Dewhurst] is scheduled for May 27, 2014 since not one of the four candidates received >50% in the March 4th Primary election:

So, whom did the tea parties endorse in the Lt Governor’s race?

So the Tea Party may be monolithic as to values, but they are not monolithic as to choice of candidates. Since there is no tea party overlord calling the national tea party shots…..I believe that the tea party will continue to be monolithic in its basic values but somewhat “polylithic[? If that’s a word]” in its choice of candidates. One thing is certain…the tea party is alive and well and will continue to shape and influence our politics and the outcome of every election for years to come. We will not win every time, but we will be in the fight!