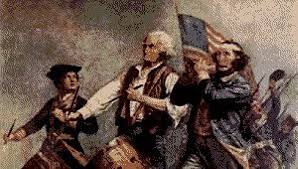 Editors Note:  This is the first in a series of letters by this author to be published monthly on this site.

My  name is James Still.  Since November 2009, I  have been reading our Founding History and writing a letter each month containing quotes from the Founders.

“Should we wander from [The Founding Principles]… let us hasten to retrace our steps and to regain the road which alone leads to peace, liberty, and safety.”  –Thomas Jefferson, First Inaugural Address, March 4, 1801

I believe a knowledge of our History is still vital for securing, “Life, Liberty and the Pursuit of Happiness.”

Additional letters can be found at: RetraceOurSteps.com

Tensions were high as the Colonists awaited a response from England.  Minute Men, hand-selected within the militia, were prepared to respond to an emergency given only a moment’s notice.

“… General Gage, whether from his own Motives or the Instructions of the Minister, thought proper to assemble all the Kings Troops then on the Continent, in this Town [Boston] and has declared to the Selectmen & others his Resolution to put the [Intolerable] Acts in Execution. The People on the other hand resolve that they will not submit to them and the Continent applauds them…  Thus we appear to be in a state of Hostility…  Regiments with a very few Adherents on one side & all the rest of the Inhabitants of the Province backed by all the Colonies on the other!

The People are universally disposed to wait ‘till they can hear what Effect the Applications [Articles of Association] of the Continental Congress will have, in hopes that the new Parliament will reverse the Laws & measures of the old, abolish that System of Tyranny which was planned in 1763 (perhaps before), confirm the just Rights of the colonies and restore Harmony to the British Empire.  God grant they may not be disappointed!

Lest they should be, they have been, & are still exercising themselves in military Discipline and providing the necessary Means of Defense.  I am well informed that in every Part of the Province there are selected Men, called Minute Men– that they are well disciplined & well provided – and that upon a very short Notice they will be able to assemble a formidable Army.  They are resolved however not to be the Aggressors in an open Quarrel with the Troops; but animated with an unquenchable Love of Liberty they will support their righteous Claim to it, to the utmost Extremity.”  Samuel Adams, Letter to Arthur Lee, January 29, 1775

“The People are recollecting the Achievements of their Ancestors and whenever it shall be necessary for them to draw their Swords in the Defense of their Liberties, they will show themselves to be worthy of such Ancestors.”  Samuel Adams, Letter to Arthur Lee, Jan 29, 1775

“Went to see a Company of Men exercising upon the Hill, under the Command of a green coated Man, lately a Regular.  A Company of very likely stout men.”   John Adams, Entry in Diary, November 5, 1774