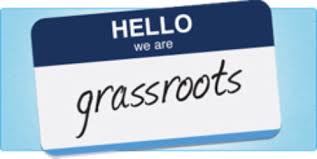 Washington D.C. is lost. The national debt has tripled in fifteen years, from $5.5 trillion in 1997, to $17 trillion in 2013. The tax code is 72,000 pages, and growing. We give billions of dollars in foreign aid to a nation that knowingly harbored Osama Bin Laden. Apparently, $3 billion does not buy you a phone call from the Pakistani government to America’s Most Wanted. One fact remains clear; public policy trends do not reflect the sentiments of a majority of Americans.

The grassroots movement has exposed a tenured political class on both sides of the isle. Despite a greater degree of public awareness and a Congressional disapproval rating of 88%, 95% of Republican and Democratic incumbents continue to win re-election. Why won’t Americans fire Congress?

After all, America has a republican system of government with regular elections, and two major parties competing for votes. On paper, the system appears to work.

There has been a wave of recent victories. The U.S. House was shaken up significantly in 2010, following the passage of Obamacare, and several senate races have been won by constitutional conservatives, beginning with Sen. Rand Paul (KY), followed by Sen. Mike Lee (UT) and Sen. Ted “whacko-bird’ Cruz (TX).

Efforts to primary incumbents, however, remain an up-hill battle. In a recent election cycle, 31 of 32 U.S. Representatives in Texas won re-election, with the most successful challenger, Grant Stinchfield of Irving, Texas, garnering only 32% of the vote against Republican incumbent, Rep. Kenny Marchant (TX-24). An understanding of American history indicates that our modern incumbency problem is a simple, but largely unknown, ‘math problem’. Gerrymandering, combined with relatively enormous districts, has diminished political competition in U.S. House races.

In 1789, U.S. Congressional districts were only 30,000 in population. As the nation grew, so did the total number of districts until 1920, when Congress passed a law capping the size of the House at 435 members. Other than the 16th and 17th amendments (the income tax & popular election of Senators), placing a cap on the size of the House was the most dramatic, and anonymous, federal reform enacted during the progressive era. Don’t be upset; my history teacher skipped over stuff too.

As a consequence, the population of each district has grown exponentially, along with the tenure of those representing each district. In the 150 years following the Constitution’s ratification, the average tenure of each representative was roughly 4-5 years. Since 1920, average tenure has rapidly increased, until in 2012, when the average tenure reached 15 years. In other words, elections have become far less competitive. Consequently, representatives are rarely held accountable for their poor voting records.

Welcome to the age of the career politician.

Our nation’s architects understood the importance of local representation. The Bill of Rights originally contained twelve amendments, ten of which were immediately adopted soon after ratification. The only amendment never to be ratified would have regulated, and limited, the population of congressional districts.

The grassroots community needs to focus on challenging incumbents that are easier to defeat; those that represent smaller districts, such as local and state level races. House districts in Texas are 1/5th the size of U.S. Congressional districts. Consequently, these representatives historically have shorter average tenure and a notably higher rate of turnover. Local campaigns require relatively modest financing, and since voter turnout is a fraction of that for federal races, grassroots organizing has a higher probability of influencing the electoral outcome.

Activists can download the ‘ TXlege’ app on their smart phone, to find information on legislators and track the status of specific legislation. Empower Texans, a non-profit organization based in Austin, provides relevant information to voters such as, maps of state house and senate districts, and a Legislator Scorecard, that rates legislators based on their voting records on key issues.

Activism in state politics is not just a winning political strategy supported by compelling empirical evidence and an understanding of American history. Most federal legislators began their squishy careers as your school board trustee, your city councilman, your Mayor, eventually climbing the political ladder into the state legislature. The higher they climb, the larger the district they represent, and the more powerful they become.

A principled, conservative majority in the Texas legislature may be the individual’s last defense against both federal usurpation of authority and attacks on individual freedom. A dedicated effort by Texans to reclaim both their municipalities and Austin is long overdue.

Let’s get to work.