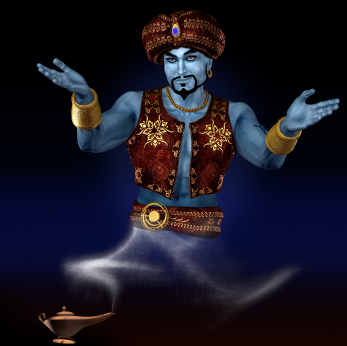 I had a dream the other night that I was walking on a beach somewhere and I picked up a bottle that had washed ashore. I must have rubbed it for a Genie popped out and granted me the ability to add a single amendment to the US Constitution. All I had to do was tell him what amendment I wanted and it would come true. My first thought was I am certainly glad it was me and not Nancy Pelosi or Harry Reid that picked up this bottle. Of course Obama doesn’t bother with amendments.

Since there are no firm time limits in dreams I decided to give some considerable thought to what would be the best amendment to add. From my perspective the greatest problem needing fixing with respect to the Constitution is the loss of state and individual sovereignty caused by Federal Government usurpation of powers not granted and the complicity of the Supreme Court. Since the commerce clause is one of the primary paths for this usurpation perhaps an amendment is needed clarifying what was meant by the founders in that clause of the Constitution. That would be a good choice I decided. “But”, the Genie said “that would not prevent them from changing tactics and achieving the same outcome by using for example the phrases allowing them to make all laws which shall be necessary and proper… or promote the general welfare, or the spending powers or he added with a smile the taxing power.” I guess this guy wasn’t floating around somewhere when the Obamacare decision came down. He had a good point.

My next thought was to provide a more direct solution by giving the states a veto or an ability to nullify Federal law. Now we are getting somewhere I thought. But then the Genie asked “what would happen if only one or several states nullified a law that all the others agreed with?. Could you have a workable country where laws only applied to those that agreed with them?” This Genie obviously hadn’t spent his whole life in a bottle bobbing on the oceans. “Well” I countered, “how about if a majority of the states acting together agreed that a law should be vetoed or nullified then that would apply to the law in all the states according to my new amendment.” “There is still a serious objection” he said. “If constitutionality is not a question, that is, if laws that are constitutional can be nullified then why have a Constitution or if only laws that are not constitutional can be nullified then the constitutionality decision will be made by the Supreme Court and you have gained nothing.” “But the Supreme Court is composed of justices appointed by politicians and they are fallible so what do we do when that court makes a mistake like just happened?” With one of those looks Genies always give you when they are about to make you feel stupid he said, “you don’t need an amendment to solve that problem”. Feeling stupid I said “Why not?” “James Madison told you if you would just pay attention to him. Since you the people created the Constitution that created the Federal Government and the Supreme Court then you the people have the power to change any decision they make that does not agree with the Constitution you created.” “How do we do that?” “Madison didn’t say but perhaps by using the same process you the people used to ratify the Constitution, namely State Conventions called by the State Governors.” Not sure what he was referring to and since I wouldn’t need an amendment I left that thought for a different dream. Anyway my REM sleep was getting seriously disturbed so I changed to a suggestion that would certainly provoke less argument and be easier to understand.

I was thinking that all thirteen of the states, at the time, ratified the Constitution and they would not have done so without there being safeguards to their sovereignty and that of their citizens. Having read the Federalist Papers as all good citizens have, it was clear that states having the power to appoint their senators was a key safeguard. Madison explains in No. 62 that the make up of the house and particularly of the senate, where states appoint the members, is the impediment against improper acts of legislation. His famous but no longer true words are “No law or resolution can now be passed without the concurrence first of a majority of the people, and then of a majority of the states.” I will restore this protection against improper legislation with an amendment that repeals the 17th amendment that changed this provision in favor of popular elections of senators. About this time I discovered that Genies can read thoughts for he was shaking his head with a look of disgust on his face. “What?” “You live here and you don’t know why there is a 17th amendment? States appointing senators didn’t work. People bought appointments, legislatures were tied up for months haggling over whom to appoint, the people thought democracy was threatened, and the senators were pretty much uncontrolled anyway once in Washington. It got so bad the states demanded an amendment to require popular elections.” Is this a game, he gives me an important power and then talks me out of using it?

Normally I don’t wish the alarm would ring while sleeping but I was getting tired. That made sense in my dream. There was another safeguard for the states in the original Constitution that no longer exists. In Article I, Section 9 a clause prevents Congress from collecting income taxes. This prohibition was eliminated by the 16th amendment that allows Congress to tax income from any source. Speaking telepathically I mused what a wonderful world it would be if that amendment was repealed. The states could still tax income so they would control the wealth and with it all the responsibilities usurped by the Federal Government but never granted. Education, health, welfare, you name it. The Feds would be left with only what they were given in the constitution with the primary responsibility defense and probably enough income through tariffs, fees, excise taxes and duties to pay for the limited responsibilities. They could sell land taken from the states back to the states. If defense became too great a burden the states could chip in. Just think nobody would want to be a national politician because there would be no money in it since all lobbying and payoffs would be at the state level which has an added benefit of being much easier for the people to control. Mr. G seems pleased for he is smiling and not criticizing so by golly that is what I will do. I proclaimed “I have decided, I will add an amendment to the Constitution to repeal the ability of the Federal Government to collect…..”oh no, the alarm went off before I could finish my wish. Did I have to say it? He knew what I was going to say.

I am awake now waiting to see if he heard me and if my wish comes true. If you should see me out fishing or golfing or at a Tea Party meeting and you notice that thing in my back pocket that looks like a hip flask you should know it isn’t, it is just the Genie in the bottle.