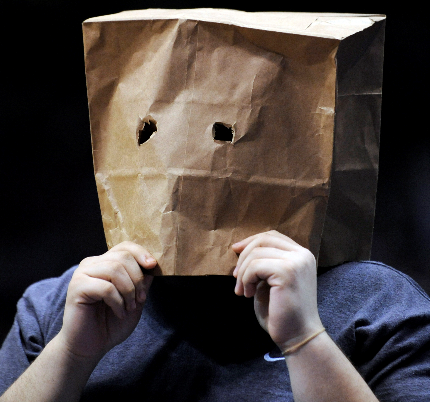 The city government of Laredo, Texas, which sits on the Texas border with Mexico, now requires all citizens to wear a face mask when outside their home.  With the exception of when they’re operating a motor vehicle or entering a bank.

Failure to comply with the city mask law can result in a fine to the unmasked of up to $1,000.

TIME reported that: “The city’s emergency mandate, which went into effect on April 2, states that every person over the age of five must wear ‘some form of covering over their nose and mouth’ when using public transportation, taxis, ride shares, pumping gas or when inside a building open to the public. That face covering can include a homemade mask, scarf, bandana or handkerchief.”

Recognizing the “Bag Mask” (non-gender name) as being in the “homemade” category, the rush is on in the border town to acquire paper sacks. In fact, Mexican nationals have been apprehended crossing the border at night with hundreds of bags intended to be sold, per bag, for $1 USD, or 21 Pesos, to Laredo residents.

Decorative bags are priced at $2 USD – 42 Pesos each.  For example:

City officials also suggest that masks should not be worn while eating.

TIME adds that “Laredo’s mandate is reportedly the first in the U.S. to enforce the wearing of face coverings”.