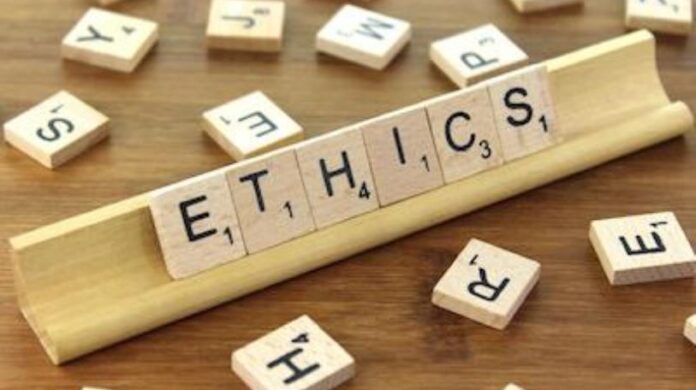 The Texas Ethics Commission (TEC) is again deploying unethical methods to target the political enemies of the Austin “establishment.” Their current target is Michael Quinn Sullivan of The Texas Scorecard. Apparently, some politicians do not like their failing grades brought to light.

Here is more from Sullivan detailing the latest tactics of the TEC against him AND his family.

Sullivan: A Gun to My Head

For almost a decade, a rogue, unethical state agency has been trying to silence me because I work to expose the sewer culture of Austin. I’ve challenged the agency’s legitimacy and exposed their efforts to suppress Texans’ First Amendment rights. And so, in a desperate and patently illegal act, they have chosen to escalate their efforts by threatening my family.

It just makes me want to fight harder.

The agency in question is called the “Texas Ethics Commission.” This agency wages paperwork war on behalf of the establishment. Organized in the state Constitution for the purpose of setting the Legislature’s cushy per diem pay, the “ethics” commission has since grown into a shadowy agency with designs on regulating the political speech of citizens. Even their structure is unconstitutional.

No one challenges them, for fear of being labeled “unethical.”

But I have been fighting back, and winning, for a decade. It all started when two “Republican” lawmakers who are no longer in office filed made-up charges against me and my organization at the urging of a Democrat lobbyist tied to disgraced former House Speaker Joe Straus. They didn’t like the fact that we were exposing the gap between what lawmakers say at home to their constituents and what they actually do in office.

To his credit, then-Attorney General Greg Abbott would have nothing to do with their unethical efforts, so the TEC hired an unethical shyster named Eric Nichols to prosecute me. In a closed-door hearing, commissioners offered to settle their claims against me for $500. I told them they were nuts.

Recently, my family and I decided to sell our home. Earlier this week, less than a day out from closing, the title company handling the deal emailed to tell me that Mr. Nichols had placed a lien on my home and was blocking the sale. That $500 “settlement” has become an $18,000 lien.

Of course, in Texas, a homestead is protected from every lien except by the bank holding the mortgage and the IRS; no other liens can be placed on a homestead. In practice, though, title companies don’t care; they simply hope the seller will just pay the money and push the problem down the road. It is underhanded. It is illegal. It is unethical.

At no point did the TEC’s outside counsel (Eric Nichols), his cushy politically connected law firm, Butler Snow, or the TEC itself bother to tell me or my lawyer they were putting an unconstitutional lien on my homesteaded property. They simply did it, placing a malicious little “time bomb” to cause maximum damage to my family. Nichols has even falsely claimed to the commission staff that I authorized the lien, and had approved of payment being made to clear it; perhaps he simply thinks it is funny to circumvent the constitution.

It’s not. It’s petty and small, much like Mr. Nichols and the TEC. But we’ll see who’s laughing in the end.

Confronted this week with the facts of Nichols’ unethical action on their behalf, the commission staff have said… nothing.

That the “ethics” commission tolerates such unethical behavior by its outside counsel is par for the course. Theoretically, the TEC is run by appointees of the governor, lieutenant governor, and House speaker. Yet the agency runs itself; the current chairman (appointed by Gov. Abbott) is a left-wing Democrat, and the vice chairman is a “Republican” appointed by former Speaker Straus. They and their fellow commissioners let bureaucrats do whatever they want – including running roughshod over constitutional rights and the rule of law.

At stake in this fight is not only my family’s well-being and a massive hit at the sale of our home, but – more importantly – the unethical precedent the Texas Ethics Commission is trying to establish. If I capitulate without a fight, the TEC will now have a new sword to dangle over the heads of challengers to incumbents and citizens who speak out “too much.”

If this unethical and unconstitutional action is allowed to stand, here is what will happen. Every single candidate for local or state office will then have to worry that if they make a single paperwork mistake, the TEC will silently place a lien on their property. Every activist who drives to Austin to testify on legislation could find this shadowy state agency now has first dibs on their home. Every citizen who blogs or posts to social media will wonder if their homestead is actually theirs.

The TEC has put a gun to my head and is threatening my family. If Eric Nichols and his paymasters at the TEC think this will make me back down, they’ve got another thing coming to them. This underhanded and unconstitutional action just makes me even more committed to the fight – and more committed to their destruction.

You can see the original article on the Texas Scorecard website.

Make a tax-deductible donation to the Texas Scorecard today to help support their efforts to shed light on the dark world of Texas politics.