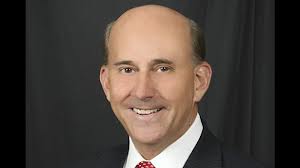 Last week was heart wrenching. It truly tested the resolve and faith of Americans across the country. On Monday, we witnessed a terrorist attack on our soil that killed three and tragically injured more than 150 innocent bystanders in Boston. Then, on Wednesday night, we watched as a fertilizer plant in West, Texas was consumed in flames killing dozens and destroying homes.

When devastation and tragedy occur, our hearts break for those who are harmed and who lose loved ones. We mourn and try to help. Then come questions that must be asked so that we can try to avoid such horrors in the future. C-SPAN Washington Journal, a show that I have appeared on numerous times, asked me to appear on their program last Wednesday – just two days after the terrorist attack at the Boston Marathon. Being the Vice Chairman of the House Judiciary Committee on Crime, Terrorism and Homeland Security and a former judge, they wanted me to weigh in on homeland security issues.

During the hour-long broadcast, the topic turned from terrorism to immigration. Being familiar with specific testimony on the subject, I made the comment that there are individuals with known terrorist ties, who are trained to act Hispanic in order to gain access to the United States to carry out harm.

This truthful assertion was based on fact, but has now been grossly misconstrued and vilified for simply restating information that has been publicly disclosed by those who knew. Liberal media outlets blasted out stories condemning me with outrageous titles – labeling me a “racist” among other things. Other media which did not know the truth simply accepted such false characterization without checking to see if my comments were true. Such writers have instead even called for Senators Ted Cruz, John Cornyn and Marco Rubio, as well as Gov. Rick Perry to denounce my statements.

During testimony before Congress, FBI Director Robert Mueller covered efforts by al Qaeda and Hizbollah to establish a presence specifically in Mexico and elsewhere in Latin America.

Director Mueller confirmed during his testimony that there are individuals from countries with known al-Qa’ida connections who are changing their Islamic surnames to Hispanic-sounding names, obtaining false Hispanic identities, and pretending to be Hispanic immigrants. These were referred to as “special interest aliens” and, according to the FBI director, are of “tremendous concern to us.”

It is completely disingenuous to claim that my statements are erroneous, intolerant, or racist. I have made clear repeatedly that I am pro-legal immigration and that I respect Hispanic values. I particularly admire the faith, family values and work ethic that are so prominent in the Hispanic culture, especially since those were foundational values of this country. Being a nation of immigrants has contributed to our strength and identity.

It should be clear: anyone who thinks I should be denounced for my truthful comments at issue needs to simply do a little checking. Sadly, it has become more apparent over time that the agenda of liberal blogs and left wing journalists is not to seek truth but to destroy reputations and spew lies about those with whom they disagree.

Congressman Louie Gohmert is the Vice Chair of the Judiciary Subcommittee on Crime, Terrorism and Homeland Security. Prior to being elected to serve in Congress, Louie was elected to three terms as District Judge in Smith County, Texas. He also served as Chief