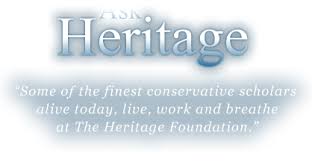 When you read or hear “Nullify” in the context of federal laws what comes to mind? You might think it is an illegal act committed by state legislatures. You might think that because the Constitution says federal laws are the supreme laws of the land they cannot be nullified by the states. Also if the Supreme Court decides a federal law is constitutional then no state can nullify that law? If you believe any of these statements you are part of the majority but they are all false as you will see.

The majority believes those statements are true because  nullification has been falsely represented even by conservatives. For example see this article by The Heritage Foundation entitled Nullification: Unlawful and Unconstitutional. Republicans that use the word nullify have had it used against them when running for elected office as in this Daily Beast article. The online Encyclopedia.com in its discussion of nullification states falsely that it is “one of the factors that led to the Civil War (1861-1865)” and falsely that “nullification and states’ rights doctrines were the hallmarks of the antebellum South” . (The only use of nullification with regard to slavery was used by Northern states to protect run-away slaves from being returned as required by federal law.)

State nullification can be defined as an act by a state legislature that prevents a federal law from effectively being implemented in that state. Can this be done legally and constitutionally against any federal law?

Under non-compliance, state legislatures pass laws preventing state agents, resources, and perhaps companies licensed in the state from taking any action to implement or aid the implementation of a particular federal law. Without state compliance most federal laws can not be implemented because of the lack of necessary federal resources. Imagine how few guns would be registered if a federal agent had to be present to register a gun every time one is sold at a store or at a gun show.

Bills using the process of non-compliance to preserve the second amendment have been introduced in 19 states, passed in 3 and will be introduced in several more states in the next session, including in Texas. Action is being taken in 18 states to protect the 4th amendment by limiting the use of NSA surveillance data against their citizens. Similar numbers exist for actions concerning nullifying Obamacare, common core, NDAA, drones and marijuana laws.

All of these actions are legal and effective and if passed into law will not likely be overturned by the Supreme Court even if the law being nullified is constitutional. And yet the Heritage Foundation, a conservative organization, says nullification is unlawful and unconstitutional. Obviously a great deal of misunderstanding exists.

Perhaps we need a new name for nullification, a start over with a positive name. Perhaps we could replace the word nullification or nullify with “ liberty preservation acts”. Maybe just “liberty acts”. Probably won’t catch on. At any rate keep in mind that state nullification by non-compliance is legal, constitutional, effective, and is being used across the country to limit federal intrusion into our lives. I wonder if someone at The Heritage Foundation reads these blogs.

You should check to see if any of these liberty acts have been introduced in your state and if so do what you can to support its passage in the state legislature.