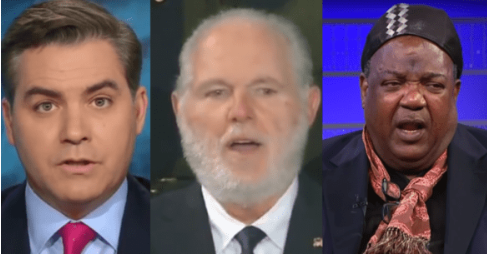 Acosta further claimed that Limbaugh’s long-time call-screener and radio-show producer for thirty years hides his white supremacy by only posting photos while wearing black face – such as the far-right photo above.

In the wake of Acosta’s accusation of Limbaugh’s history of making racist comments, James Golden, who is known by Limbaugh’s huge audience as Bo Snerdley, tweeted this:

Acosta was not available for a follow-up comment, nor has he yet provided a list of Limbaugh’s racist comments.