A confidential source familiar with the location of the office of U.S. Congressman Steve Cohen (D.TN.) reports that Congressman Cohen’s original intention was to suggest, during the appearance of former Deputy Assistant F.B.I. Director Peter Strzok before a Congressional Hearing last week, that Strzok be nominated for the Congressional Medal of Honor (CMH) rather than the Purple Heart.

A second source, who wishes to remain anonymous, states that Cohen may have changed his medal endorsement when a staffer reminded him of a stance he one adopted concerning adultery.

“In March 2005, Cohen was one of three members of the Tennessee Senate to vote against the Tennessee Marriage Protection Amendment, which Tennessee voters approved via a referendum in November 2006.[11] During the course of the debate on the amendment, Cohen offered several amendments to the amendment, all of which failed, including the proposed addition of an “adultery clause,” which said “Adultery is deemed to be a threat to the institution of marriage and contrary to public policy in Tennessee.”

When reminded that he had once proposed that the “adultery clause” be added to Tennessee State Law, Cohen may have decided that a Purple Heart was more appropriate in that Strzok was likely to suffer physical and/or psychological injury as a result of his affair with F.B.I. attorney and co-worker Lisa Page (pictured below with her actual husband). 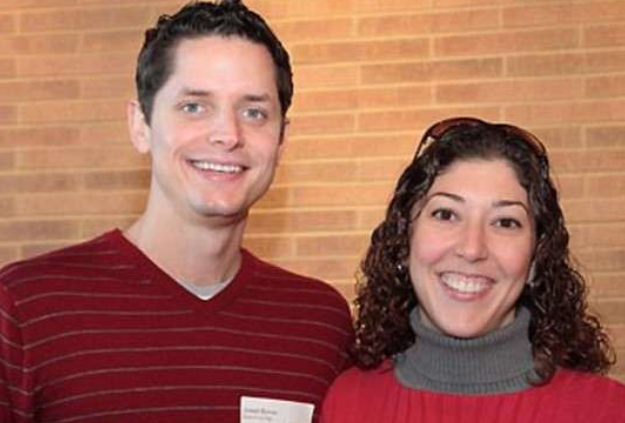 “Even if federal employees with a security clearance are able to keep an extramarital affair from a spouse, they will have a harder time keeping that secret from the government, especially when their clearance comes up for review. Adultery is the kiss of death for federal employees with security clearances; it is very hard to prove to Defense Office of Hearings and Appeals (DOHA) administrative judge that an employee who engaged in adulterous conduct does not pose a threat to national security given the individuals’ susceptibility to coercion related to the affair.”

In this case, the extramarital affair between Strzok and Page is common knowledge to the federal government, to both families involved, and to much of the rest of the planet.

Congressman Cohen’s recommendation of a Purple Heart for Strzok was, surely, made to acknowledge the self-inflicted wound to the former Agent’s marriage, career and reputation and was meant as an exercise in compassion, and not an acknowledgement of any heroics.

Cohen’s office was not reached for comment on what the Congressman’s medal recommendation will be for Page.