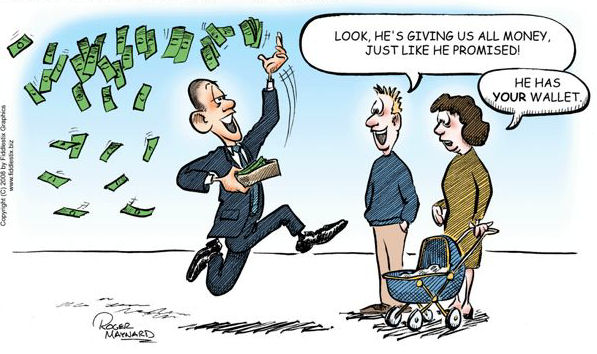 It had come to this. The sleepy university town had come full circle. It started a few years ago when the university was “Occupied.”

Founded shortly after the civil war to supply the geologists needed in America’s burgeoning mining industry, Dixon Mining Co. endowed the small Midwestern town with a college to train the geologists and mining engineers they would need to exploit the newly found resources in the western territories. As was the custom of the time, Dixon, a multimillionaire and mining magnate, stamped the college and town with his own name. Thus the Dixon College of Mining and Minerals was born.

During the early years of the FDR administration, the college came under the influence of the Agriculture department. Family farms would be taken over by a new agri-business and they would be in need of scientific solutions to feed the hungry masses. The grants and resulting growth were significant. That is when the Dixon College of Agriculture, Mining and Minerals came into being.

By the end of WWII, and to milk the cash cow known as the GI Bill, Dixon College of Agriculture, Mining and Minerals became Dixon Agriculture, Mining and Mineral University. Internally, the university referred to itself as DAMM-U, but this did not become a common designation until the resignation of professor “Rosie.” Professor Rosenblatt had studied under Robert Oppenheimer and came to DAMM-U through connections in the administration. He established and headed up DAMM-U’s physics program to develop clean room technologies and later, nano-manufacturing technologies. He quickly tired of the sixties radicals who had all but taken over the university by that time. He became famous for his resignation speech before the gathered faculty. “DAMM-U, damn us all. I quit!” he said. And the university has been publically known as DAMM-U ever since.

So steeped in leftist ideology and culture for decades, it was only natural that the “Occupy movement” would score their first big successes on the Ivy League Lite campus of DAMM-U. Their constant drum beat of the unfair demands on university students and their co-opting of the slogan “Liberté, Egalité and Fraternité” was a big hit with the students. Occupy’s first big push was grade redistribution to relieve less gifted students of the burdensome demands of university life. For a certain population of students, grades were easy come by. Others struggled to balance the demands of an active social life with the academic demands of the university. Occupy contended that there was plenty of “grade” for everybody, but that the playing field needed to be leveled. But the better students became greedy and threatened to leave the school which would not have left enough “grade” to redistribute among the remaining students to receive passing marks. The faculty student-advisor suggested a compromise in that all students would receive ‘C’s. This worked not only for the students; it also relieved the faculty of the burden of grading students’ work.

Unfortunately, better students graduating from DAMM-U found that, with their ‘C’ grades, salaries were not what they had hoped and the plum jobs were being snatched up by graduates of other universities with more traditional grading protocols. Better students were leaving DAMM-U in droves. During the ‘60’s 70’s and 80’s, DAMM-U was said to stand for Daddies’ and Mommies’ Money. But in the postmodern era, with the advent of easy student loans backed by government guarantees, the cost of a university education skyrocketed and no one seemed to care. Universities were flush with tax payer dollars and the better students were replaced with lesser students and foreigners with lots of money and an appreciation of “an American education.”

So, with a few adjustments, life at DAMM-U was good, “DAMM good,” they liked to say. But Occupy was restless and needing some new success. As it is with success, too much can cause a cause to reach too far. And so it was with Occupy; their next observation was that faculty made a lot of money. Some made considerably more than others and, as a group they made a lot more than citizens of Dixonborough. Once again, Occupy had the campus in an uproar. Professors, once united with Occupy, now found themselves inconvenienced by their presence. They were further inconvenienced when the faculty office building was “Occupied,” records destroyed, and significant property damage resulted.

It was at this point that the professors revoked Occupy’s “Friend of the University” status and called upon authorities to have them removed from the campus. Our reporters caught up with Prof. Pete Toohey, head of the Humanities Department, and asked him to comment. Prof. Toohey stated, “The University is currently reviewing all policies flowing from our unfortunate relationship with Occupy.” When asked, ‘What about redistribution, what about equalité,’ Prof. Toohey said, “The pig was right.” “The pig was right?” we asked for clarification. “Yes” said Prof. Toohey, “Some of us are more equal than others.”