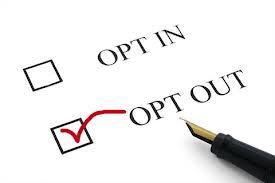 DEPLOYMENT MISREPRESENTED AS MANDATORY:  Rep. Dennis Bonnen’s 2005 HB 2129 bill that “encouraged” the use of smart meter technology.  Bonnen wrote the PUC in 2012, “I am concerned that certain providers are acting beyond the purview of the HB 2129 by forcing these meters on customers.  This was not the intent of the legislation.”  The utility companies intentionally misrepresent the law and presented the deployment as mandatory.

WARRANTLESSSURVIELLANCE: This field programmable, 2 way communications computer, called a Smart Meter, not only measures KW usage, it monitors and controls every Smart Appliance in your home. Personal lifestyle data – when you cook, dry your clothes, or arm your security system is not protected. Hackers, marketing companies, insurance companies, and taxing authorities all have a vested interested in obtaining this information.

HEALTH HAZARDS: Cumulative and synergistic effects of electromagnetic frequencies (EMF) have been ignored. Over 6,000 peer reviewed studies exist, and yet, the requirement for environmental impact studies were waived. Type 3 Diabetes, Pineal Gland damage, and cancer are some of the most serious effects of EMF exposure.

MYTH: CITIZEN SHOULD PAY FOR OPT OUT: Utility companies made a business decision to invest (with stimulus $$) in this smart grid, designing a system so brittle that it cannot accommodate any modifications. They alone made the business decision to equip their devices to do far more than just report monthly usage; they alone should be held responsible. They did not do their due diligence in studying potential health and security/privacy problems. No more bail outs for companies too big to fail when they make their own mistakes. Furthermore:

Deployment was not mandated by federal or state statute

Discriminatory – the asset challenged can’t afford an opt out fee

Not compatible with monopoly status – no other options for consumers to buy meters, transmission lines, etc

It is improper to charge fees based on speculation; no cost analysis has been shown

Paying to protect my health is absurd and illigitimate!

MYTH: “SETS A VERY BAD PRECEDENCE for consumers being able to say no to other pure infrastructure modernization initiatives in other utility areas such as water or gas utility services.”

Without our permission, utilities are already installing these field programmable computers on water and gas lines. There is nothing pure about this infrastructure! The very idea that consumers can’t say NO to whatever the monopoly status utilities want to install is reprehensible? Can you imagine living in a country where the government doesn’t turn on your electricity during the wintertime? Ask Texas Eagle Forum spokesperson, Virginia Prodan, about her experience in Romania. When does saying “No, you can’t do harm to my private property and me” become a “very bad precedence?”

MYTH: “IMPEDES THE ABILITY OF THE PUC to complete its ongoing rulemaking that is currently considering these issues.”

Not true! The PUC stated at the April 19th public hearing that they are waiting for the state legislature’s decisions before they move forward with their rule making. They explained that they began the rule making process to save time so they can be farther in process when the end of the 83rd Legislative session ends.

The potential, perceived benefits have not been proven, and even if they could be proven, they are not worth the costs and the risks. All environmental impact studies were waived, no cost benefit analysis has been shown, no efficiency enhancements will be created except those that directly or indirectly manipulate me to turn off my lights.