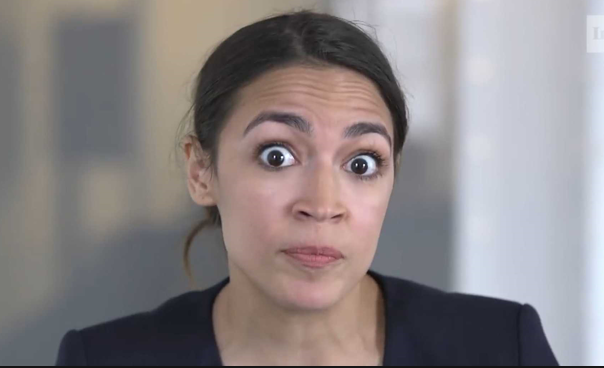 A new, young, vibrant leader in the Democrat Party, 28-year old Alexandria Ocasio-Cortez, was exalting the role of her party in American history when, while speaking before a Networks Nation gathering, she said,

“We are the party of King, of Roosevelt, of the ones who went to the moon. Who electrified this nation. Who accomplish the great successes and crown jewels of our society.”

If she meant that Edison was a Democrat, good luck proving that.  And she forgets, if she ever knew, that King never aligned with any political party, and that Nixon was President when Neil Armstrong stepped onto the moon.  Putting that all aside – her comments brought cheers of pride and applause of approval from the gathering anyway.  It’s the silly season, folks.

The Democrat Party candidate for the 14th Congressional District of New York has risen to stardom in her party since her stunning victory over somnolent Democratic Caucus Chair Joe Crowley in a primary contest leading to the November 2018 midterm-election.

Several wealthy sources, who after the Networks Nation event attended a private gathering in the celebrity party room of a 5-Star restaurant, reported that Ocasio-Cortez listed  other instances of Alexandria’s Democrats in American History (DAH) jewels.

On the condition their identities remaining anonymous, those sources state that she recited the following examples of “Democrats Using Maximum Brilliance”.

Also, during the exclusive, by-invitation-only, fund-raising event, reliable sources report that Alexandria Ocasio-Cortez gave a near complete run-down of her intentions for future congressional legislative initiatives including, but not limited to:

After high school (2003-2007), Ocasio-Cortez attended Boston University, during which she was an intern in the immigration office of U.S. Senator Ted Kennedy.

After college, Ocasio-Cortez moved back to the Bronx, where she worked as a bartender in Manhattan and as a waitress in a Mexican restaurant specializing in tacos.

On June 26, 2018, Alexandria Ocasio-Cortez won the Democratic primary in New York’s 14th congressional district, defeating the incumbent, Democratic Caucus Chair Joe Crowley, in what has been described as the biggest upset victory in the 2018 midterm-election season