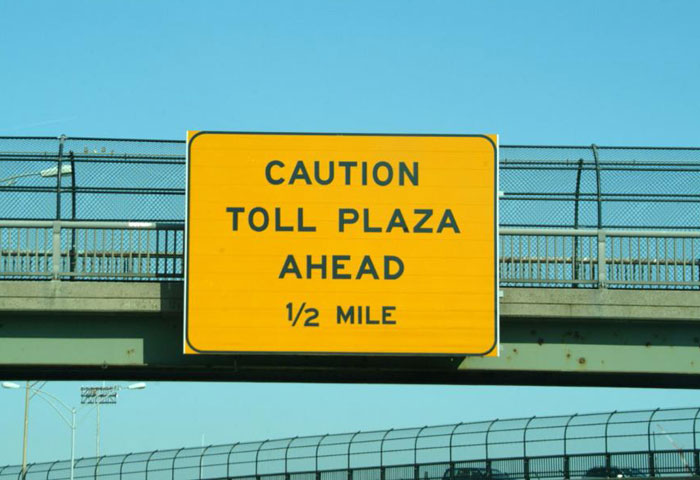 Just when you thought you had seen it all, Cintra, the Spanish concession company that’s about to start cashin’ in on its newly built 41-mile segment of State Highway 130 from south Austin to Seguin, produces more shock and awe with its new ad campaign that’s creating Texas-sized buzz in hopes of generating potential customers for its new toll road.

The company just launched a television ad campaign targeting Austin and San Antonio commuters with commercials promising drivers the ability to go ‘zoom, zoom, zoom’  and drive the actual speed limit instead of being stopped in traffic on Interstate 35. It all sounds so perfect, except that it’ll cost you dearly. Drivers could pay anywhere from an estimated $12 roundtrip for cars to nearly $34 a day for trucks to go ‘zoom, zoom, zoom’ on just Cintra’s 41-mile segment. Double that if you add TxDOT’s 45-mile segment from Mustang Ridge to Georgetown, too.

There’s been almost non-stop press coverage of the Texas Transportation Commission’s move to increase the speed limit on SH 130 to the highest in the country — 85 MPH, for which TxDOT got a $100 million pay-off from the foreign toll operator. So Cintra has been enjoying unprecedented free publicity courtesy of Texas taxpayers already. Now it’s following that with another publicity push ahead of the scheduled opening in November.

Many news articles say no state money went into Cintra’s road, however, $430 million in federal taxpayer money did. So Cintra’s full court press propaganda campaign conveniently leaves out the most controversial aspects of Texas’ first public private partnership toll project, like its non-compete agreement that prevents free roads surrounding the private toll road from being expanded. Other provisions give the Texas Department of Transportation (TxDOT) a financial incentive to artificially manipulate speed limits to drive more traffic to the tollway. Not only did TxDOT increase the speed limit to 85 MPH, it concurrently lowered the speed limit on the competing free route, US 183 through Lockhart, from 65 MPH down to 55 MPH.

But the biggest hurdle for Cintra is the lack of traffic on the four state-run segments of SH 130 already open to traffic. In fact, SH 130 is so empty a distressed plane landed on it during ‘rush hour.’ TxDOT has tried repeatedly to reduce both auto and truck toll rates in order to attract more traffic, but it has not yielded the kind of bump needed to pull the beleaguered toll road out of a sea of red ink.

Texas taxpayers have had to bailout the TxDOT-run portion to the tune of $100 million in just the first three years since it opened. With a scheduled toll rate hike coming in January, it’s hard to imagine how adding another 41 miles to this tollway will draw more traffic to the road. If travelers cannot afford to take the first 45 miles, how can they afford to add an additional 41 miles to the toll tab?

Public reaction San Antonio resident, Patti Kelly, thinks the commercials are pure “manipulation” and her teen daughter, Noreen, called the tattoo ad “corny.” A mother of four, Margarita Rivera, was outraged that one commercial had a child reference ‘indecent gestures’ from drivers that are presumably a product of driving on congested roads as opposed to the traffic-free tollway, and she asked, “Does a child even know what an indecent gesture is? They shouldn’t. The ad is offensive.”

Truth Be Tolled Filmmaker William Molina, who’s no stranger to shooting commercials, finds the ad campaign offensive, “No indecent gestures? Cars that can go ‘zoom, zoom, zoom.’ Really? Who creates and produces such propaganda? It’s all a deliberate attempt to exploit and convince the public that toll roads are the faster way to travel.”

Another critic of the commercials, Laura Kinchen, noted, “It doesn’t tell you the other side of the story. How much is it gonna cost me for utopia?”

‘Name the Lanes’ contest Cintra’s publicity stunts don’t stop there. On two toll projects in the Dallas-Ft.Worth area, the company recently announced its ‘Name the Lanes’ contest. Cintra is turning the naming of the new type of toll lanes called ‘managed’ lanes into a public contest for the I-635 LBJ managed toll lanes and the North Tarrant Express managed toll lanes on I-820, SH 121/183 for which the winner can get $2,500 in free gas — not free tolls, mind you.

Reaction to news articles and on social media networks regarding the contest has largely been negative. People are offended that punitively high taxation is in the hands of a foreign company who’s baiting the public into buying into the scheme with thousands of dollars in free gas. Seriously, how ‘innovative’ or catchy can the name of toll lanes be? No one likes paying the extra tax to get around. So perhaps they ought to name the lanes, ‘pain lanes’ or ‘gettin’ fleeced for gettin’ around.’

TxDOT and the North Texas Council of Governments (NTCOG) and its Regional Transportation Council have been promoting the contest using taxpayer resources. Amanda Wilson, Communications Supervisor for the Transportation Division of the NTCOG said the contest is also “an educational effort, not just naming the lanes.”

Area transportation leaders realize that ‘managed lanes’ and congestion pricing are a new type of tolling with a new entity in charge — a private corporation, not a public entity that taxpayers can hold accountable if toll rates are too high.

“We talk about ‘managed lanes’ in our long-range plans, and maybe there’s a better term to use,” Wilson noted when asked why NTCOG was involved in promoting the contest. “Managed lanes involve not just toll lanes and congestion pricing, but they’re important to the free lanes, too. What will these lanes do for people and the corridor?”

Managed lanes are toll lanes in the middle of an existing freeway, unlike traditional turnpikes that are brand new roads where every lane is tolled. Congestion pricing is where the toll rate varies based on the level of traffic using the road. If the speed of traffic slows below 50 MPH, Cintra can hike the toll rates for the purpose of bumping cars out of the lanes in order to guarantee a speed of 50 MPH. So the price of the toll varies based on the time of day.

The ‘Name the Lanes’ web site even tells commuters to expect to pay more during peak hours. More like, pay a premium. The published toll rates for peak hours will be 75 cents per mile, much higher than the North Texas Tollway Authority (NTTA) public toll projects DFW residents are accustomed to.

So while Cintra exercises its publicity prowess, TxDOT and NTCOG continue to promote these private toll roads at public expense. Yet another way TxDOT is helping out the private toll operator is by dual designating parts of Interstate 410 and Interstate 10 in eastern Bexar County and parts of Guadalupe County as SH 130. So travelers who think they’re getting on SH 130 on free interstates in Bexar County will get out to Seguin and realize there is no way north to Austin without getting on Cintra’s SH 130 tollway. It’s a form of entrapment, but TxDOT claims it’s so people know about the road. Yeah right.

When government gets cozy with private corporations, it merges the two into a dangerous cocktail blurring the line between the public and private sector, and gives a select company advantages and even monopolies outside of free market forces or public accountability.

But Texans can vote with their pocketbooks and boycott the private toll roads. It’s a clear way to communicate dissatisfaction in the only language that gets their attention — money.