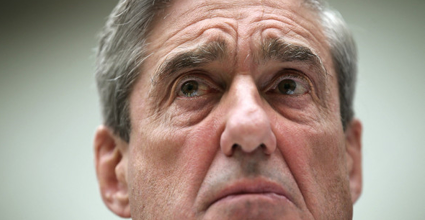 In its March 8, 2018 article entitled “Here’s What You Should Know About That Secret Seychelles Meeting,” the Huffington Post chronicled the current focus of the Mueller Trump-Russia Collusion Investigation.

Seychelles, pronounced “say-shells,” is an archipelago of 115 islands in the Indian Ocean east of East Africa.

The HuffPo article’s subtitle is: “Robert Mueller has zeroed in on the clandestine affair in recent weeks.”  Among other news outlets reporting on this developing story are the Washington Post,  Mother Jones and Vox.

In a nutshell, below is the core, according to HuffPo, of “a mysterious January 2017 meeting in the Seychelles between a close associate of President Donald Trump and a Russian banker with alleged tie to Vladimir Putin.”

HuffPo states that: “Special counsel Robert Mueller [the 3rd] has been gathering evidence about the rendezvous, which took place less than two weeks before Trump’s inauguration. Mueller is reportedly looking to see if the meeting was meant to set up a secret back channel between Trump and Putin, the Russian president.  George Nader, an adviser to the United Arab Emirates who was at the meeting, has been cooperating with Mueller’s probe, and it appears his testimony could help unlock several major questions about the affair.”

The “close associate” of Trump is Erik Prince, the brother of current Secretary of Education Betsy DeVos.  A former U.S. Navy SEAL officer, Prince is the founder of the Blackwater private security firm.

The Russian banker he met with in Seychelles is Kirill Dmitriev – thought to be a close associate of Putin.

The Mueller Team is zeroing in on whether, and – if so – why, United Arab Emirates (UAE) Crown Prince Mohammed bin Zayed al-Nahyan arranged the meeting, facilitated by Nader, where the Russian banker and the “close associate” of Trump met.

As the Mueller Team investigates the suspected collusion between Trump and Russia, an anonymous source has leaked shocking inside information concerning what this “mysterious” meeting, in a remote clandestine-conducive setting, was really about.

According to the source, it was about the legend of the coco de mer.

“[The] nut and tree of the coco de mer, a rare species of palm tree native to the Seychelles archipelago in the Indian Ocean, is subject of various legends and lore. Coco de mer is endemic to the Seychelles islands of Praslin and Curieuse. Before the Seychelles were discovered and settled, nuts of this species were sometimes carried by the ocean currents to distant shores, such as those of the Maldives, where the tree was unknown.” 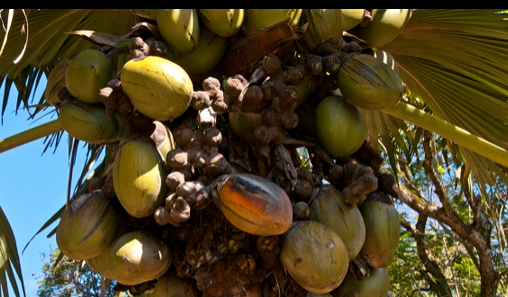 The anonymous source states that the secretive Seychelles sessions were scheduled to solidify a three-party international cabal – the U.S., Russia and the UAE – set to corner the market on the distribution of the coveted coco de mer nuts that fall from the rare palm trees native to the Seychelles.

In short, the current focus of the Mueller Investigation is nuts.