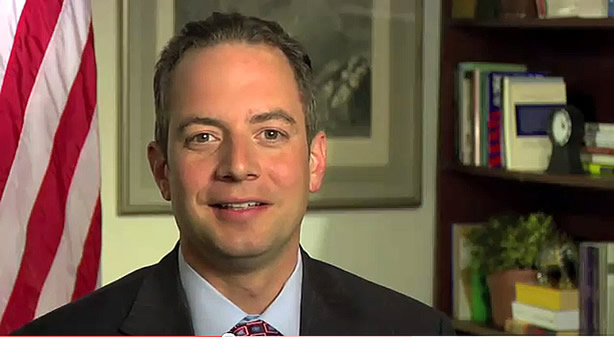 Pastor James Summers of the Northwest Baptist Church in Miami explains to Republican National Committee Chairman, Reince Priebus, why he cannot support a party that “no longer has convictions.”
~ TEAParty911.com EXCLUSIVE

I can no longer support a party that lies to it members, cowers in the face of the Obama political juggernaut, seems to no longer have the best interest of the nation at heart, and no longer has the courage of its convictions or perhaps I should “no longer has convictions.”

This nation is going to hell in a hand-basket.  Freedom, as we have known it and as the founders understood it, is in jeopardy, while the majority of you seem to be feathering your own nest and all the while trying not to upset anyone.

Regrettably, I see no evidence of the situation changing in the near or far off future.

I have read Rules for Radicals; by Saul Alinsky, which I suggest is the President’s “playbook.” Have any of you read it? If not why not; if so why haven’t you publicly pointed out the similarities to Alinsky and Obama?

I have spent years studying the conditions that have preceded the takeover by every totalitarian regime and today’s political atmosphere in America meets and matches almost every point.  Now, I ask myself, “Why is it that no Republican is willing to point this out?”  It is clear to me that America is headed not toward socialism, but toward full blown Marxism at break-neck speed.

I am also familiar with Karl Marx’s ten points and we are already at this very moment in the grips of at least 6 of his 10 points (Communist Manifesto, p.95).

We now have little or no privacy.  The rapid increase of surveillance of the population is approaching that of National Socialism under Hitler.  Certain elements in the government are now threatening churches and pastors who dare to publically criticize the President with the loss of their 501(c)3 tax exemption. There seems to be an all out attack on the Church’s First Amendment right to free speech.  The Ten Commandments are being removed from the court house walls and the court room. There is an all-out attempt to exclude the Church from the public square and the classroom – where is a protest from the Republican Party?  What has the GOP done to address these matters?  Where or when has any one of you been willing to risk your political career to come to the aid of the Church?  We are permitting the atheist and the ACLU to rule and ruin the country while the church is told to stand in the corner and keep its mouth shut or else.

In past weeks the Supreme Court refused to hear an appeal from Hobby Lobby, a business owned and operated by Christians, to be exempted from making available birth-control and morning after pill to their employees, raising the possibility of millions of dollars in fines if they do not obey.  Events like these clearly affirm, to me that there is an all-out attack on Christians and Christianity.  Again, where is the GOP on this matter?  What have you said or done to protect the First Amendment right to “free exercise” of Hobby Lobby?  So far there has been nothing but silence from the GOP.

For anyone who has ears to hear he/she hears an obvious under tone of anti-Semitism from the present administration.  I will remind you that God promised Abraham, the father of the Jewish nation, that He (God) “would bless those who bless [Israel] and curse those who curse [Israel]” (Gen. 12.3).  In commenting on this verse the Scofield Bible notes, “For a nation to commit the sin of anti-Semitism brings inevitable judgment.”  What has the GOP said or done about this matter?

What in God’s name is wrong with you?  Where are you? I can’t hear you.  Your silence is deafening!  Therefore, I will no longer support the GOP financially, verbally, or with my vote.

All we can say is amen brother!