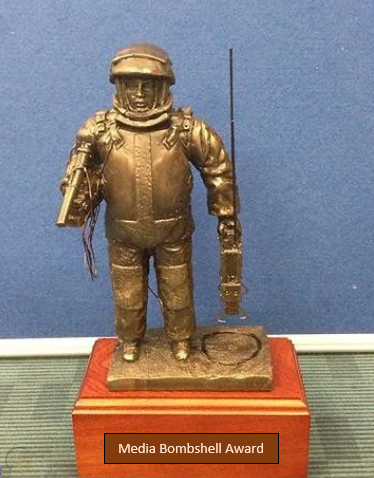 A spokesperson for the National Association of Liberal News Readers (NALNR) recently announced the three finalists for the newly-created, but highly-coveted Media Bombshell Award (MBA).

The MBA was created in January 2020 to recognize television newsreaders who are particularly diligent in repeating talking points provided by the Democratic National Committee (DNC) thru its frequent and widespread dissemination of jargonistic memes.

“Bombshell” is a popular meme that has, since Trump’s election, been widely used by liberal on-air newsreaders eager to announce difficulties facing the President.

Here are examples of NALNR members’ past use of “bombshell” along with other similar linguistic memes.

The three finalists for the “Bombshell” award are:

The winner of the Bombshell Award will be announced, and the trophy presented, at a ceremony on the evening of Monday, November 2, 2020 scheduled to be held in a large party tent on the grounds of one of Anderson Cooper’s several homes.