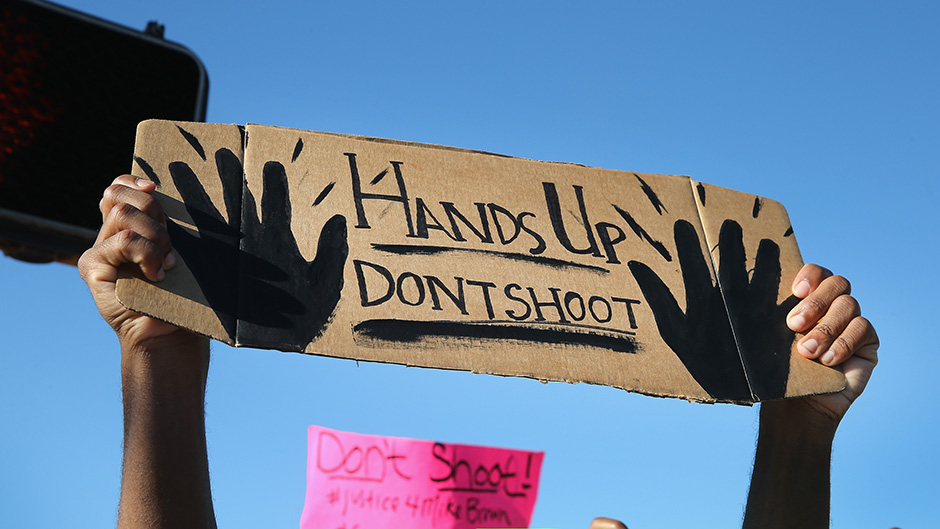 In November-December 2014, I wrote a series of nine articles for the American Thinker website describing the various groups then engaged in the Ferguson, Missouri protests.

The titles of those posts, in order of their appearances, contain hyperlinks to the articles:

In the context of interviewing a key organizer of the “Don’t Shoot Coalition,” the on-site ad hoc group that stood behind the Ferguson protests, I was told two things that, in hindsight, testify that the movement was knowingly founded on a lie.

The source was working in Ferguson as an employee of one of the major organizations engaged in funding, staffing, and coordinating the street protests against the shooting of Michael Brown by Ferguson Police Officer Darren Wilson.

The source spoke from extensive legal training and experience.

In the context of the phone interview, the source told me two things that, while interesting then, have become more noteworthy with the passage of time; it’s coming up on two years this November.

(1) The source told me there was no legal reason for the Grand Jury, then considering whether or not to indict Officer Wilson, to recommend that he be charged with any crime.  Wilson, said the source, had operated within the bounds of prescribed police procedures. This was before the November 24, 2014 announcement that the Grand Jury had reached a “no-bill” decision.

So, the protestors’ disappointment and outrage at the Grand Jury’s decision was based on their uninformed and unjustified expectation.  The truth concerning what would be the most likely Grand Jury outcome was kept from the crowd.  It was a lie by silence.

(2) The source said that the purpose of the protests in Ferguson was to help build a “new, sustainable, civil rights movement” in America.

So the entire exercise was never, fundamentally, about justice for Michael Brown.

The February 26, 2012 shooting of Trayvon Martin by George Zimmerman was the catalyst that marshaled many of the players that were eventually engaged in Ferguson, and that now support the Black Lives Matter movement.

The “Hands Up, Don’t Shoot” mantra was born in the Ferguson protests.

The “Don’t Shoot Coalition” was the on-site entity that drove the protests that created that mantra.

Those who created the myth that Michael Brown had been murdered by Officer Wilson as Brown was surrendering to the policeman, with his hands in the air, knew, from the very beginning, that the myth – was born – from a lie.