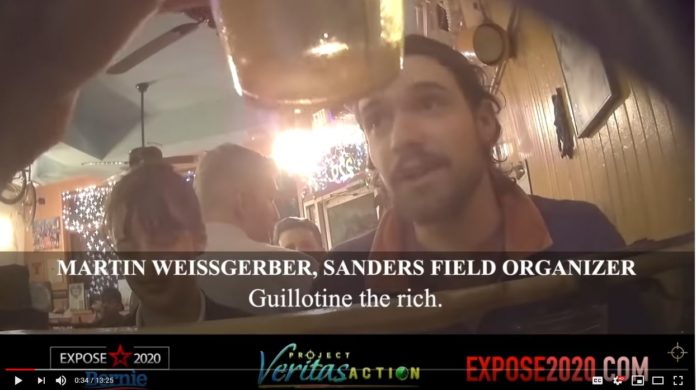 “Guillotine the rich” was but one of the statements by Bernie Sanders campaign worker Martin Weissgerber, exposed by Project Veritas in a recently released video.

The Sanders campaign has been refusing to comment on the incriminating video and has even gone so far as to call the police on reporters for asking questions about the situation.