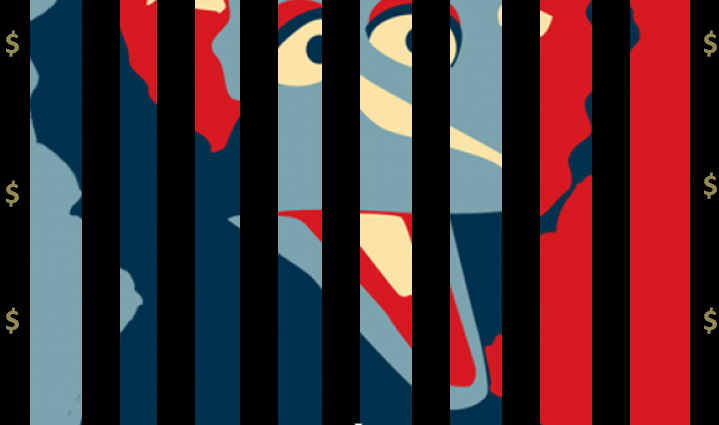 It’s time we turn Bird free and let him fly on his own.  Idaho Republican Congressman Mike Simpson doesn’t seem to agree with that.

Bird is at that stage in his life where he can feed himself.  So let’s parole him from his federal money cage, where he’s a partial slave to taxpayers, and set him free.

Sure, it’s a silly Presidential campaign issue – federal funding for the Corporation for Public Broadcast (CPB). That’s why this is called the “Silly Season”.

Sure, it’s not a lot of money – about half-a-billion – out of a bloated multi-trillion dollar federal budget. But a half-billion here, a half-billion there, and pretty soon we’re talking a trillion.

If we don’t soon turn lose our giant federal flock of dependent canaries, fed and caged in a huge government aviary, they’ll be served up as Peking ducks on a platter of crippling international debt.  We’re getting close to that point now.

Unfortunately, though, there’s a formidable barrier to Bird’s freedom.

In the context of the recent “Million Muppet March” skit, here’s an example of that barrier that comes from Idaho Republican Congressman Mike Simpson (2nd District).

A recent teaparty911.com article was noticed by the Newsbusters website. The original piece spotted by teaparty911 was posted by Reuters, a notoriously liberal news outlet.

“On the Facebook page, Mecham [one of the organizers for the alleged event being planned] also shared a letter he’d received from Idaho Republican Congressman Mike Simpson, who said in part: “I am a member of the Labor, Health and Human Services and Education Appropriations Subcommittee, which is responsible for the funding of CPB. Rest assured, I will continue to work with my colleagues on the Subcommittee to ensure CPB receives adequate funding.”  (Italics and highlighting added)

“Congressman Simpson does not endorse the million muppet march. He will not appear at the event. He will not intervene with the Park Service [to encourage the granting of an event permit on the National Mall]. He is not aware of the Newsbuster piece. He does not oppose Governor Romney’s position. Congressman Simpson’s letter does not call for any specific amount of funding for CPB. Rather, Congressman Simpson will consider their request for funding in the context of other priorities and the need to reduce spending during a time of severe budget crisis. CPB’s budget is going to face the same scrutiny and pressure for reduction as almost all other budgets before Congress, as it should.”

Ms. Watts was asked, in a follow-up email:

“1. What constitutes “adequate funding“? I.e., what are the guidelines for “adequate”?

2. Why is it the responsibility of taxpayers to “adequately fund” CBP?”

Any subsequent responses from Cong. Simpson’s office will be posted in the comment section to this article.

In the meantime, the barrier to significant fiscal reform is clearly illustrated here.

The Idaho Congressman, like many of his colleagues in Congress from both sides of the aisle, accepts the premise of endless taxpayer subsidies to what ought to be privately-funded enterprises.

The Corporation for Public Broadcasting is financially capable of paying its senior management very well, and can fund its own operations. It’s time we set them free to fly on their own. Their wings are fully developed, and we’re broke.