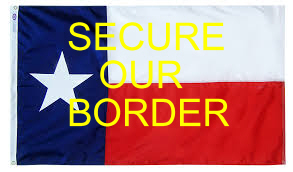 Friendswood, TX – Mary Huls, Republican candidate for Texas House of Representatives District 129, traveled to the Falfurrias, TX last weekend to witness firsthand one of the most critical issues facing Texans today — illegal immigration.  Huls participated as a civilian observer in a joint venture with the Border Patrol and the Texas Border Volunteers (TBV).

In explaining her participation, Huls said, “I believe our legislators would take immediate action to secure the border if they saw for themselves the unreported plight of our Texas citizens living under constant threat to their lives and their property. This issue is not about cheap labor and political ideology. It is about life and death and the rule of law.”

The TBV assists border patrol in securing the border, reporting criminal trespassers (CTs), and educating the public on immigration issues. Huls joined the TBV on a “watch” as they observed in coordination with the Border Patrol multiple CTs. While working their assigned area, the TBV and Huls reported on 20 CTs and helped secure the perimeter for the Border Patrol while agents apprehended many of the CTs.

Texas currently has 1,296 miles of unprotected border area. Huls has seen the effects of illegal immigration on the border for years now; she visits Falfurrias each year as a part of her church’s mission team.

Huls stated, “What I witnessed further strengthens my resolve to be an outspoken state representative on important issues like illegal immigration. Texas ranchers on the border shouldn’t live in fear of their lives and property being at risk to the many illegals who come to our country with ill-will – the drug runners, the cartel members, and heinous human traffickers. The problem extends beyond just the border and into our communities. Harris County, for example, is dealing with a growing human trafficking problem; legislators must prioritize securing our border.”

More information on Mary Huls and her positions on issues like illegal immigration and border security can be viewed at www.maryhuls.com. To learn more about the Texas Border Volunteers, visit www.texasbordervolunteers.org.

The primary election for HD 129 will be held on March 4th, 2014 to replace State Rep. John Davis, who is retiring. HD 129 is comprised of southeast Harris County and includes Webster, Nassau Bay, Seabrook, and parts of Friendswood and Houston.