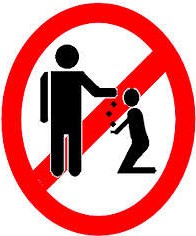 Remember the argument concerning the health insurance mandate in Obamacare that freeloaders, those without insurance, cost us money because we provide them with free health care when they need it and by mandating everyone pay it will cost us less. Remember the liberals telling us “we must get rid of the freeloaders”. By the way I am going to start calling Obamacare by its more descriptive name The Patient Endangerment and Unaffordable Act or the PEU act for short. Anyway I was curious about how much of our tax dollars are going for subsides to help people buy insurance under the PEU act and try to compare that to how much we pay for freeloaders now. Is it cheaper to just let the freeloader freeload or subsidize them? This article is written especially for those who just love reading lots of numbers, so enjoy.

There are supposedly 50 million Americans without health insurance who are the current freeloaders. Another number the liberals throw around is the health care cost incurred by the uninsured that they don’t pay but is paid by the insured in higher medical costs and that number is $42.7B. If these number are anywhere near accurate then each uninsured person costs the tax payers who have insurance $854 per year currently.

Let’s think about this for a moment. An individual 40 years old without employer paid health insurance and a salary of $30,000 will have to have insurance at a cost of about $4500 per year but he pays only $2500 with the other $2000 paid by our taxes. A family of four without employer paid health insurance and an income of $60,000 will have to have an insurance policy that costs $12,100 but they pay $5000 while we pick up the other $7100. Every family of four with income less than 400% of the poverty level or $93,750 and every individual with income less than $36,000 is part of this give away if they don’t have employer paid insurance.

Returning to the table, and remembering that each person without insurance is currently being subsidized by those with health insurance at $854 per year, how many subsides can you find under $854. There are a few but almost all are above that amount and some substantially above it. If there are currently 50 million people without insurance there is no reason to believe there will be fewer than 50 million receiving subsides. As employers cancel their insurance programs in favor of paying a small penalty the number without employer health insurance will increase. Also 50% of the tax filings last year or 69 million showed income of less than $33,000 so be they from families or individuals they will all apply if they don’t have employer paid insurance. And 75% of all returns or 105 million were under $67,000 so it is safe to conclude at least 50 million people now and many more in the future will be eligible for subsides that will average more than $854 per year.

Conclusions: It was much cheaper just letting the freeloader freeload in the free market system than it will be to subsidize the millions who will be freeloading under the Government’s PEU act.  What a surprise.  To get rid of the current freeloaders we will be paying much more to the future freeloaders.  As more and more people are dropped by their employers this will become more and more a Government funded program which of course is the objective of the PEU act.