Brennan was the nation’s spy master, sitting at the pinnacle of the Agency’s table of organization that included about 21,000 employees and an unknown number of contractors. 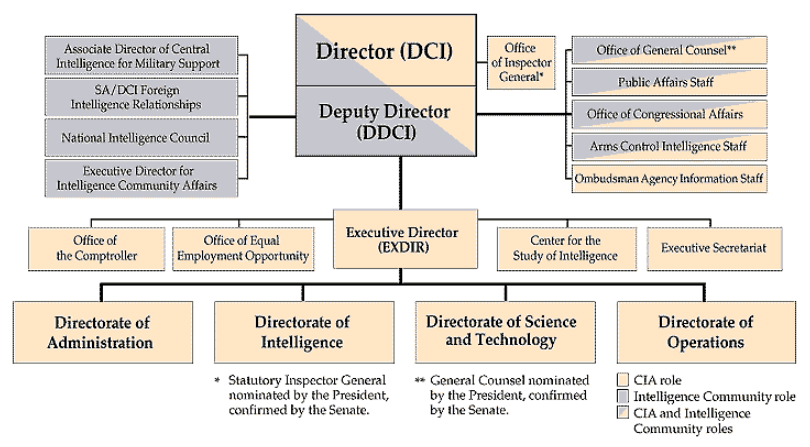 With steely-eyed acumen, Brennan watched over the nation’s network of intelligence gathering professionals – the on-the-ground elite of the “intelligence community.” 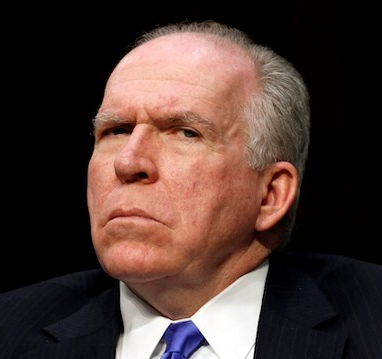 Since leaving the Agency in January 2017, Brennan had developed a new skill set.  The spy master has mastered the art of the tweet.

His tweet below, posted in mid-March of this year, put Brennan into the Hall of Twitter Fame as he expressed his deep discontent with the current POTUS by his deft use of acute ridicule.

Not one to leave well-enough alone, Brennan offered up another example of his newly-developed, anti-Trump, twitter skills. 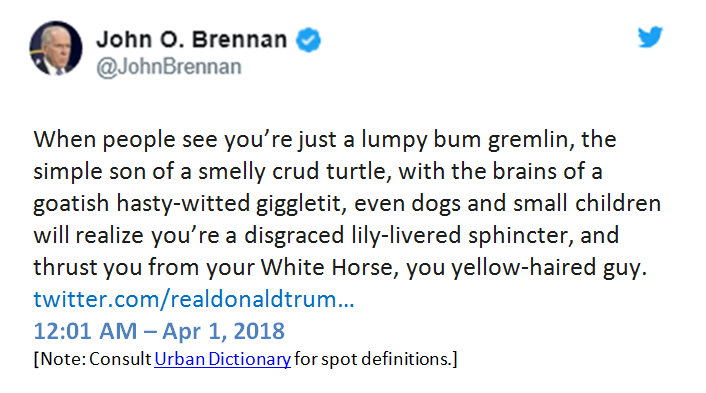