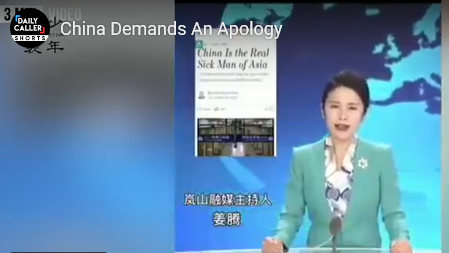 Responding to the characterization of the COVID-19 virus in the US as the “Chinese Virus,” Chinese journalists, joined by several US journalists from major news outlets, are demanding that the United States apologize to the Chinese people and its government.

In response, the Democratic National Committee (DNC) voted unanimously to ask Barack Obama, who is uniquely experienced in the diplomatic art of apologizing for America, to lead a delegation to China to formally bow, in unison, to a group of specially chosen midlevel Chinese Communist Party (CCP) officials.

DNC Chair Tom Perez announced last Friday that Obama had accepted the invitation to lead a delegation of distinguished Americans to Beijing to officially apologize.

Other members of the Apology Delegation will include: former Secretary of State Madeleine Jana Korbel Albright; former National Security Advisor Susan Elizabeth Rice; former Democrat US Senator Thomas Andrew Daschle; former US Congressman and co-chair of Barack Obama’s 2008 Campaign Committee, Jesse Jackson, Jr.; and former US Senator, Secretary of State, and Democratic Party candidate for the Presidency, John Forbes Kerry, who served for three months in Vietnam with the US Navy.

Former Democratic Vice President Al Gore was invited to join the party but is quarantined with COVID-19, exacerbated by a case of facial frostbite he incurred while skiing in Colorado during uncommonly cold weather.

Another former Vice President, Joe Biden, was invited to join the group but demurred citing his long service in China where he helped build the Burma Road as the senior advisor to US General Joe Stilwell who represented the US in the China Burma India Theater.