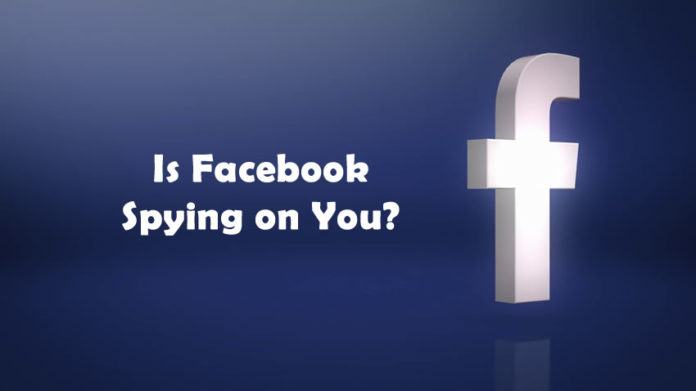 Abuse of the Fourth Amendment

Some Americans were appalled to learn that the NSA was illegally intercepting US citizens’ phone calls and Internet communications, but for many of us, it was far from surprising.

The United States has a long and checkered history of mass surveillance. As far back as the 1930s, the FBI has used wire taps, mail tampering, garbage filtering and cable taps to prepare index lists on over 10 million people.

With the Senate approving a six-year extension of Section 702 of the Foreign Intelligence Surveillance Act, the intelligence community will continue to target communications. All three branches of the the government will be able to engage in mass, warrantless surveillance of Americans and foreigners alike.

This surveillance extends to everything from phone calls and text messages to emails and other electronic communications. Business as usual.

But Big Government’s spying is not the only problem any more; we are now grappling with a far-reaching network of spies. A social network.

Earlier this year, social media giant Facebook came under fire for misrepresenting their data-security app. The Onavo Project VPN was initially presented as a solution for delivering web access to underserved communities, but the technology has since proven to do something else entirely.

In 2017, Facebook used its main app to encourage users to download Onavo by clicking on a banner labeled “Protect.” By downloading the app, users are granting Onavo and, by extension, Facebook, permission to collect and share data about what they do on their phones with Facebook.

By tracking this activity, the company can conduct research about rival operations and exploit that information for personal gain. Facebook’s lack of transparency about this was troubling at the time, but it’s only gotten worse.

March 5th saw the introduction of Bolt App Lock, an app that is made by the same Israeli company behind the Onavo Project. Bolt App Lock enabled users to add extra security measures, such as PIN coses, patterns or fingerprint recognition, to apps that they didn’t want others to be able to readily access.

People took immediate issue with the app because as soon as an app is locked with Bolt, Onavo would know how often the user was unlocking the app in question, a key way for user data to be funneled back to Facebook.

It would be easy to blame CEO Mark Zuckerberg and his minions for this gross abuse of Americans’ privacy, but it doesn’t stop there. Our personal information is really not safe anywhere these days. When you go to your neighborhood Rite-Aid and key your phone number in to use your store rewards, the contents of your order are added to the purchase history that third party data collectors acquire from the store.

Companies like Nielsen Catalina Solutions mine consumer data from Rite-Aid, Walgreens, Safeway, Target, Sam’s Club and more. They have direct hooks to no less than 120 grocery and retail brands.

There are hundreds upon hundreds of global data collection companies operating today. With 3.74 billion people using the Internet all over the world, this is something that concerns everybody.

While a burgeoning consumer brand could be forgiven for wanting to know more about American consumers, so as to better market products to them, the efforts of these data brokers is far from innocent.

The Fourth Amendment provides for the right of the people to be secure in their persons, houses, papers and effects, against unreasonable searches and seizures. It says that this right should not be impinged upon nor a warrant be issued for such a violation without probable cause.

Alas, data brokers and global tech giants circumvent the Constitution thanks to their partnerships with companies who cleverly conceal the true extent of what they collect in the opaque passages of their Terms of Service (ToS).

It’s something to think about the next time you visit a website or sign up for a membership to a store and blindly check off the box next to a ToS Agreement.

As mentioned earlier, ethnicity is one of the many pieces of information that these companies can collect which has led Amnesty International to ponder the possibility of human rights abuses that could result from such big data collection.

The last several years have shown just how precious little privacy we really have left in this country. From New York’s Journal News publishing the names and addresses of gun owners to President Trump repealing the FCC’s Internet privacy rule, nothing appears to be sacred these days.

Fortunately, Americans don’t have to take these invasions of privacy laying down. There are a range of privacy tools on the market that can help us maintain security and anonymity on our phones and personal computers.

StopDataMining.me is a site that provides a master directory of opt-out links to stop data brokers from collecting information about your online and offline activities. VPNs (Virtual private networks), such as ExpressVPN and VyPr VPN deliver military-grade encryption on dedicated servers.

Paid VPNs hide your actual IP address by cloaking it with one of the service’s own IP addresses and give users advanced features like intrusion detection and prevention, DNS leakage protection and extra layers of security.

Whether you’re shopping online for the best .357 revolver, Skyping with a friend overseas or simply playing a little Candy Crush on your iPhone, you should be able to do it discreetly without undue intrusion.

As John W. Whitehead writes in his book A Government of Wolves: The Emerging American Police State, “[T]here is both an intrinsic and instrumental value to privacy. Intrinsically, privacy is precious to the extent that it is a component of a liberty. Part of citizenship in a free society is the expectation that one’s personal affairs and physical person are inviolable so long as one remains within the law.”

Alas, our liberties are always in jeopardy which is why it falls on the individual to protect his/her best interests. Modern cyber solutions are but one of the ways we can preserve our confidentiality.

Be sure to check out our Federalist Papers Summaries