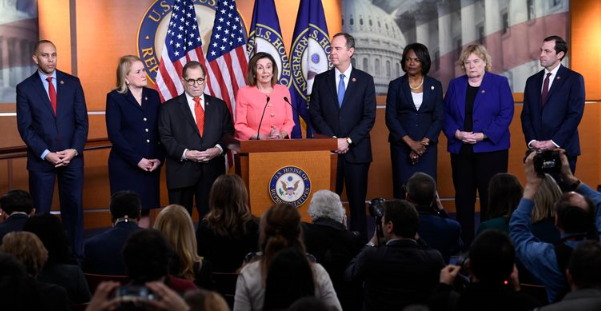 “On the basis of experimental data, we study how repetition of a statement affects perceived statement credibility. We identify 2 counteracting effects: The first effect, known as ‘truth effect,’ describes a positive relationship between repetition and statement credibility. People tend to ascribe higher credibility to messages that they repeatedly encounter. In contrast, the second effect occurs when repetition is taken too far. Here, an indirect and negative effect is identified and participants start to perceive the message as a persuasive attempt. This perception triggers reactance, which in turn considerably reduces participants’ trust in the source and leads to a significant decrease in the overall credibility of the message. Our results broaden the understanding of the benefits and harms of repeated persuasive messages.”  (Source)  (Abstract: An alleged truth repeated ad nauseum becomes a perceived lie.)

Two confidential sources with first-hand knowledge of the Democrat Party’s efforts to impeach President Trump have stated that several House legislators most closely associated with the effort to remove Trump from office have been admitted to the Northeast Clinic for Behavioral Disorders in Bangor, Maine.

And additional source has reported that Republican Senators Willard (“Mittens”) Romney and Susan Collins are being screened for less serious cases of acute Bipolar Depression.

The sources state that several among the Democrats clandestinely admitted to the Bangor facility are pictured above.

The initial diagnosis is based on the legislators’ frequent repletion, duplication, iteration, reduplication, renewal, repeated, and replayed allegations against Trump before both the public, the House, and now the Senate.

One of the Democrat legislators was seen standing on a busy street intersection in Washington, D.C. holding a placard reading, “Honk if you want Yellow Man removed from office”.

And unknown number of media personnel who have supported the House impeachment effort are also being treated for depression.  A list of the effected represent a wide range of news outlets: Andrew Napolitano, Rachel Maddcow, Neil Cavuto, Anderson Cooper, Alisyn Camerota and Lawrence O’Donnell.  Also, among the depressed is former FOX anchor Shepherd Smith.

One confidential source told this reporter that, “In the wake of the inevitable failure of their efforts to remove Trump from the White House, several of the Democrats and media personalities who have most stridently pushed for his removal are completely ‘bummed out’.  I was told by another that more than one has been voluntarily placed on suicide watch inside the Bangor clinic.”