EXCLUSIVE: NIKE to release its newest Colin Kaepernick shoes for 2020

The world’s premier shoe manufacturer, and leading employer of second-world, low-paid labor, recently announced a new shoe in time for Christmas.  According to Breitbart News:

“Nike released its Air Force 1 ’07 x Colin Kaepernick shoe on Monday, featuring a celebration of the first time Kaepernick began protesting during the national anthem. The shoe was an early Christmas gift to the sportswear giant and sold out in less than two hours.”

Now, in the wake of that stunning announcement, the world’s most politically correct shoemaker plans to release a line of colorful foot wear in early 2020.

Pictured above is the mock-up of the first Colin Big Foot (CBF). Already beta-tested on the streets of Florida’s South Beach, it will come in multiple colors and styles.

Here are just a few options. Several will be offered with matching socks and, in some models, casual slacks. 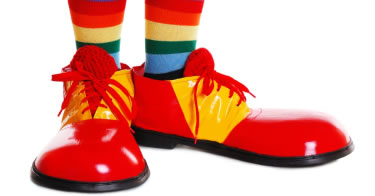 And, for the non-conformist business dresser, there’s the Kaepernick Oxford, for men, women and other genders. 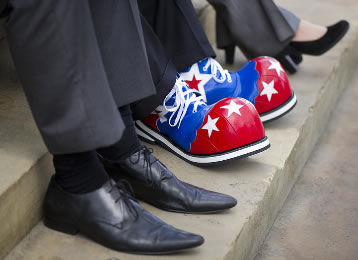 Has everyone seen the new NIKE Colin Kaepernick line of shoes? https://www.teaparty911.com/exclusive-nike-to-release-its-newest-colin-kaepernick-shoes-for-2020/ @Kaepernick7