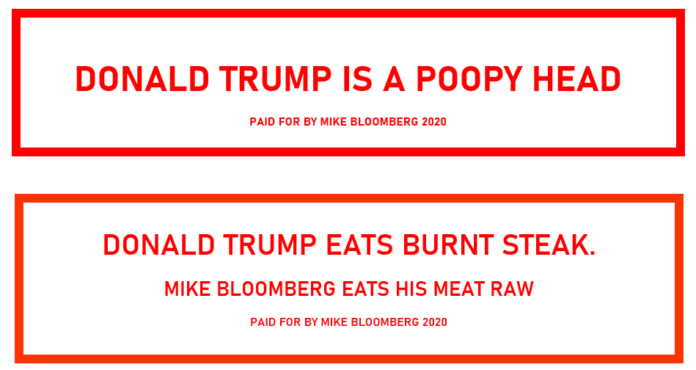 Sparing no expense to win the Presidency, former NYC mayor Mike Bloomberg is deploying anti-Trump billboards across the nation.

“Mike Bloomberg is looking beyond the war being waged against him by the Democratic primary field toward general election opponent President Trump, trolling him with billboards where the president himself is campaigning in the West this week…The billboards are appearing in high visibility areas near a Trump hotel property on the Vegas Strip, and also along potential motorcade routes where the president may see them as he drives by.”

Perry notes that the Bloomboards already include those that read “Donald Trump cheats at golf,” “Donald trump lost the popular vote,” and “Donald trump went broke running a casino”.

Others have reported seeing the two new Bloomboards displayed above in several parts of the country.