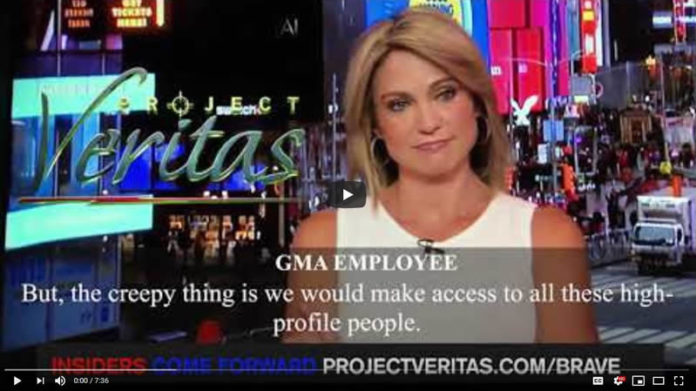 VIDEO: Leaked ABC News Insider Recording EXPOSES #EpsteinCoverup “We had Clinton, We had Everything”

The Jeffrey Epstein coverup by the mainstream media has been going on for years. ABC Good Morning America cohost Amy Robach vents to her producer on a hot mic how she had credible information pertaining to Jeffrey Epstein in this leaded video.

• “I’ve Had This Story for Three Years… (ABC) Would Not Put It on The Air” says Good Morning America Breaking News Anchor, and 20/20 Co-Anchor Amy Robach. “It Was Unbelievable… We Had – Clinton, We Had Everything…”
• Robach: “We Had Her Whole Allegations About Prince Andrew…I Got a Little Concerned About Why I Couldn’t Get On.”
• Amy Robach Describes How She Interviewed a Woman Who Had the Courage to Come Forward “Years” Ago About Epstein: “She Had Pictures, She Had Everything. She Was in Hiding for Twelve Years. We Convinced Her to Come Out. We Convinced Her to Talk to Us.”
• Robach Details ABC’s Initial Response to Her: “Who’s Jeffrey Epstein? No One Knows Who That is. This is a Stupid Story
• Robach: “Now it’s All Coming Out … I Freaking Had All Of It…”