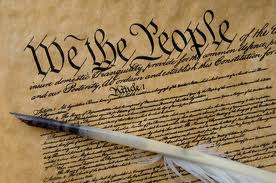 Clearly our entire federal government is a concept developed and established by the people of the time. The question I ask here is “Does this enormous power of the people to control their own lives still exist and if so how can it be utilized?” Have we irretrievably given this power to federal and state representatives?

The Supreme Court has stated that if you don’t like the laws, change the law makers. Is that it? Our power to once be able to create and establish our entire government and the laws by which it must operate is reduced to electing officials that we hope will carryout our wishes in an ever increasing oppressive and corrupt political environment?

Enough of the doom and gloom, what can we do about it and what powers do to we the people still have? First we have to understand what the Constitution actually is. It is a compact or contract between the peoples of the various states. Originally there were 13 members or signers of the compact, the people of each state being one of the parties. Today there are fifty. You and the other people of your state form one of the parties to the contract.

Do parties to a contract have any power? Let’s look at a modern example of a hypothetical contract with the same issues as the Constitutional contract. Say a group of people create a contract to pool their money and hire a financial manager to invest their money. They insist that the financial manager follow a defined set of investing rules. They also hire an accountant to verify that the transactions made by the financial manager are following the investing rules. This is meant to represent the people forming a federal government that must follow a constitution and a supreme court that decides if the government is following the constitutional rules established by the people.

In the same manner, we the people that created and established the Constitution have the power to interpret what it means and this power is greater than that of the Supreme Court which we established by our Constitution or of the State Legislatures which are not parties to the compact.

But as immense as this power is to interpret the Constitution that we established, there is an even greater power that we the people possess. It is not one I would advise using except under the most extreme situations and then only as a last resort.

What might be contained in a second Constitution? It could contain any provision not explicitly addressed in the current Constitution. Therefore any power not granted to the Federal Government but taken by Congress or the Executive Branch or the Judicial Branch could be addressed and explicitly granted to the states or to the people. In an extreme example, the second constitution could have a provision that any state ratifying the document could at any future date secede from the Union by a vote of the citizens of that state. It could do that because it would not violate our current Constitution which is silent on the subject.

One advantage of a second constitution rather than amending the first is that it could explicitly exclude the existing Supreme Court from deciding any issues arising from the new document and give the individual states that explicit power. Another advantage is that it doesn’t have to require some arbitrary number of states to ratify the document to make it effective in all states that do ratify it.

The purpose of this article is not to propose a mechanism for we the people to nullify unconstitutional federal laws (although one exists) or to start the process to generate a second constitution, it is to inform the reader that we the people still have enormous power, the ultimate power, and the final control over our lives and our liberty. Everyone should know that when and if it becomes necessary to once again take back our liberty from an oppressive government, we the people have retained the legal power as well as the moral responsibility to do so, and this time it can be done without armed conflict.