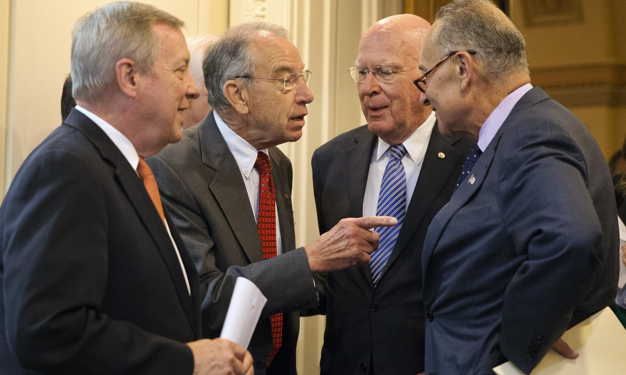 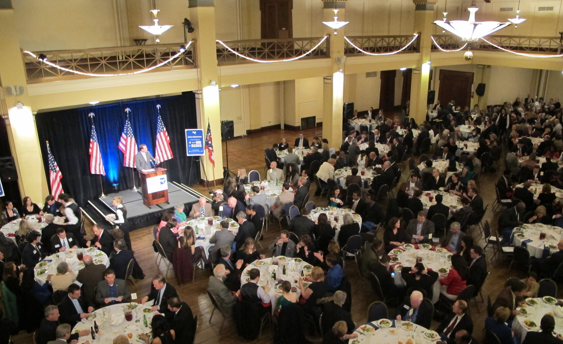 Grassley was one of three finalists for the award, along with Senators Jeff Flake (R. AZ) and Susan Collins (R.ME).

The Mid-Term Resistance Trophy is awarded to the elected member of the “opposition” party (i.e., the GOP) who demonstrates “accommodation, vacillation, and equivocation, above and beyond the call of partisan survival and common sense.”

In the photo below, Grassley (second from left) points a finger at a smiling Democrat Senator and Minority Leader Chuck Schumer (NY), and was heard to say, “Mr. Majority Leader, I credit YOU for my receiving this award. You were kind enough to let me play 2nd trombone in your orchestra.”

Grassley was introduced as the awardee by current Chairperson of the Democrat National Committee Tom Perez, who, in the picture below, is seen summoning Grassley to the dais to give his acceptance speech saying, “And now here he is, Ladies and Gentlemen, the man of the hour, our MVP from across the proverbial isle, the ultimate man of PC, so let’s all…stand-up for Chuck!!” 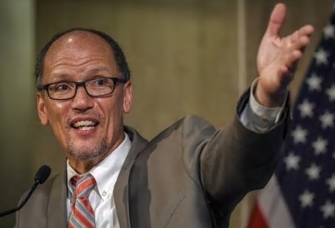