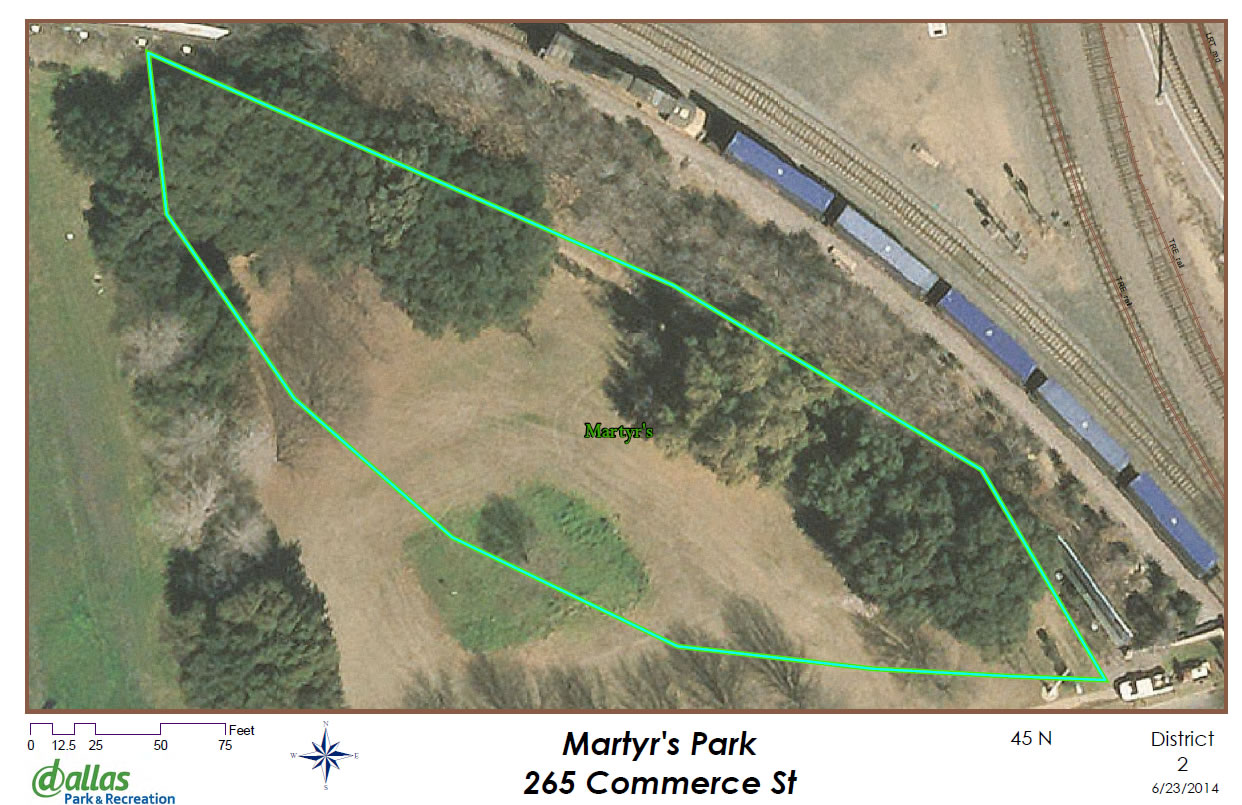 Context: On September 15, 2017, the statue of Confederate General Robert E. Lee was removed from Lee Park, Dallas, Texas, and became the latest in a series of Confederate monuments disappearing from cities across America this summer and fall.

News of the Great Fire that consumed Dallas, Texas on July 8, 1860, made its way into the New York Times on 23 July:

“Just as we were going to press we received intelligence of one of the most terrible conflagrations it has of late been our fortune to record. On Sunday, July 8th, at about half after one o’clock, the citizens of Dallas, Dallas County, Texas, were startled with the terrible cry of fire. The flames had broken out in front of PEAK’s new-drug store, which almost immediately enveloped the whole house…It was impossible to compute the exact loss, which will in all probability exceed $300,000. All are houseless and homeless, now…Many barely escaped with their lives, and clothing they happened to have on at the time.”

“Two thousand people lived in Dallas by 1860. The railroad was approaching from the south, and several stage lines were already passing through. However, 1860 was a tumultuous year. Dallas began to prepare for war. Public debates on the issue of secession were held, and a volunteer company was begun. In July of that year, a fire broke out in the square, destroying most of the buildings in the business district. A slave plot was immediately suspected. Two abolitionists were run out of town. Three African-American slaves were hung, and all other slaves in the town were ordered whipped.”

The Texas State Library & Archives Commission describes the time of “Big Troubles” in Texas, noting that:

“The cause of the fires is still unknown. Many historians believe they may have been accidental, caused by the effects of extreme summer heat and improper storage of highly unstable phosphorous matches, which had just been introduced.”

Today, the .6 acre, “special-use,” Martyrs Park commemorates the lynching of the three slaves – Patrick, Sam and “Cato.”  Here’s the park history, according to the City’s Department of Parks & Recreation.

“[The City of Dallas] received via the gift of a tract of land the property which now consists of Martyrs Park back on December 27, 1965. This land was given by the Dealey Family and was known as Dealey Plaza Annex.  The park was renamed Martyrs Park at the October 24, 1991 Park and Recreation Board meeting. The renaming petition was brought by Ms. Sondra Brent, who was Chairwoman of the Dallas Fire of 1860 Committee, and requested that the park be renamed in honor of the three slaves (Samuel, Patrick and Old Cato), who were hanged at the site after the Dallas Fire of 1860. The Board had requested that Ms. Brent contact the Dealey family regarding the proposed renaming, and there were no objections. The board renamed the park unanimously.”

And, here’s an aerial view of Martyrs Park, with the park proper apparently enclosed within the green line. 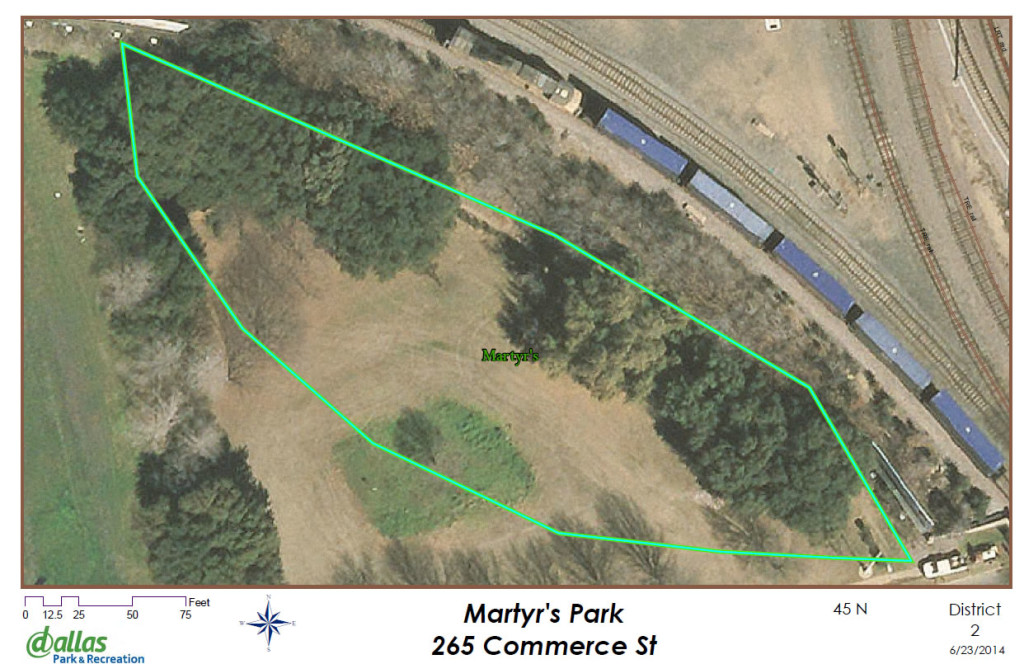 In a more elevated view, Dealey Plaza, on the far right, sits atop the Grassy Knoll, near where President John Kennedy was assassinated. The Bryan Pergola in Dealey Plaza is named after John Neely Bryan (1810-1877), the recognized founder of Dallas, Texas. Bryan served in the Confederate 18th Regiment, Company D, Texas Cavalry, as a Private until late 1862, when poor health led to his discharge. Guess you could say the pergola is a Confederate monument.

The limousine carrying Kennedy’s mortally wounded body drove down Elm St. from right to left, on its way to Parkland Hospital, passing what would become Martyrs Park on the right.

Before the statue of Confederate General Robert E. Lee was erased from Lee Park, Dallas Mayor Michael Rawlings described such Confederate memorials as “totems” and “symbols of propaganda.”

There’s not much to erase from Martyrs Park, named 36-years ago to memorialize three, lynched slaves in Dallas. Not much there, except trees, weeds, dirt – and some litter.

Since November 2007, Lee Cary has written hundreds of articles posted on several websites including the American Thinker, Breitbart’s Big Journalism and Big Government (as “Archy Cary”) and the Canada Free Press. He is a veteran of the US Army in Vietnam, and lives in Texas. Cary recently wrote several articles for the Canada Free Press about Dallas’ campaign to remove Confederate monuments and names from public school buildings, parks, and streets.