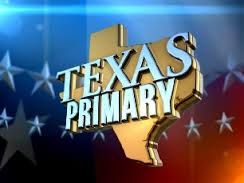 ACROSS TEXAS – Energized from big wins across the state in the March 4th Republican Primary, a grassroots coalition of pro-family, pro-liberty conservative organizations and TEA party groups declared their intention to fight hard to deliver victories in the May run-off elections.

“The March 4th Republican Primary was monumental for the conservative cause. Voters sent a clear signal to the Austin political class,” said JoAnn Fleming, Executive Director of Grassroots America and two-term chairman of the Texas Legislature’s TEA Party Caucus Advisory Committee. She added, “Now, we are firmly committed and fully prepared to take an aggressive ground campaign into voting precincts across this state to turn out the vote to elect our constitutional conservative candidates.”

Jim and Robin Lennon of the Kingwood TEA Party noted that the overwhelming support of TEA Party conservatives Dan Patrick and Ken Paxton in Harris County will grow if David Dewhurst and Dan Branch revert to negative campaigning. “Look what happened the last two weeks of the primary, when Dan Patrick was under massive attack from negative ads. He went from trailing David Dewhurst to solidly defeating him. David Dewhurst is a true gentleman that has always done his best for Texas and we respectfully request that he step-aside or avoid repeating his negative campaigning tactics.”

The coalition’s candidates enter the run-off season with strong leads:

Previously joining forces to propel Ted Cruz to the US Senate, this coalition plans a strong run-off offensive to elect their candidates to statewide office.

Members of the coalition include: