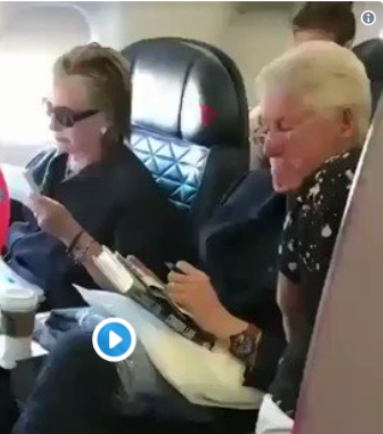 On board they struck the image of a comfortable, aging, affluent couple in First Class. Later, almost as soon as this photo of the Clinton’s was published, cynical far-right pundits speculated that this was a scene staged to portray an image of Hillary as the average former Senator/Secretary of State settling into temporary retirement, resting while she awaits the opportunity to thrust herself into the ordeal of another run for the Presidency.

Some skeptics even noted that since the CGI spends a significant amount of its total budget on travel for the Clintons and their CGI staff, this was just another self-serving junket masquerading as benevolence for the downtrodden.

The expedition to Haiti – or perhaps it was some other destitute and forlorn indigenously impoverished place that drew them together on this humanitarian voyage – also provided an opportunity for Bill and Hillary to renew their long and public love affair.

Here they are dancing on the beach in Haiti – or, perhaps, somewhere else, maybe decades ago. 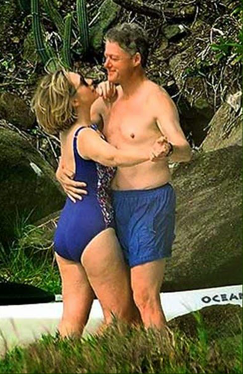 Their almost only relief from the squalid environment of…wherever it was…came during the days, and evenings, they spent visiting the Epstein Spa and Recreation Center on a secluded property far from the prying eyes of a fawning media hungry for news about the World Class couple.

The former first lady, in the foreground below, displayed her tennis skills by besting a doubles team as she played single, something she’s done often. 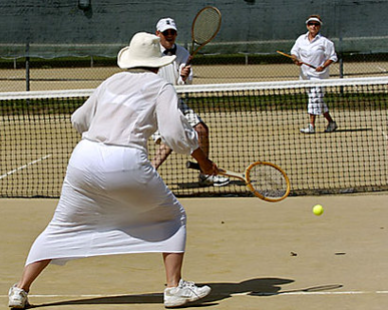 As the Delta flight taxied down the runway, a couple of Clinton supporters, also in First Class, sang along with The Chairman of the Board in the lyrics, “Once I get you up there, I’ll be holding you so near, You may hear, angles cheer ‘cause we’re together.”

A few other passengers, delighted with the scene, lightly applauded when all drinks in First Class were declared free.