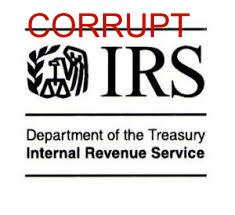 May 20, 2013 (Clear Lake, TX) – The Internal Revenue Service (IRS) conducted an intrusive and illegal intelligence gathering and intimidation effort against the Clear Lake Tea Party (CLTP) as part of a larger policy directed at American tea parties. The CLTP submitted an application for a 501(c)(4) tax-exempt status on November 23, 2009, and then after unwarranted delay, the founder of the CLTP queried the IRS in the summer of 2010 regarding the status of our application. We noted that many tea parties that had filed earlier than us had already received their exemption status in a quick and straightforward manner.

However, on July 12, 2010 the CLTP received an additional information request from Elizabeth Hofacre in the Cincinnati, Ohio office of the IRS demanding 19 more non-tax related items to complete our application. The CLTP Board was duly alarmed by the broad and personal nature of the information required which we would be required to declare under penalties of perjury. We judged the questions to be far outside the normal purview of a nominal request for a tax exempt designation.  For example:

While CLTP was prepared and willing to provide additional clarification of the information onour initial application, we were convinced that we had already been investigated by the IRS case agent and were possibly being set up for a perjury charge.  These questions and others in conjunction with the cover letter demanding, “…the information you submit should be accompanied by the following declaration:

‘Under penalty of perjury, I declare that I have examined this information, including accompanying documents, and, to the best of my knowledge and belief, the information contains all the relevant facts relating to the request for the information, and the facts are true, correct, and complete.’”

We determined an inadvertent act of omission by one of our members might set them or us up for federal prosecution.

Consequently, the CLTP withdrew our 501(c)(4) application and filed instead as a Texas nonprofit corporation that scrupulously pays its taxes in order to practice our First Amendment right of free speech. CLTP wants to be clear that we have never given over a list of our members or donors to any outside source.