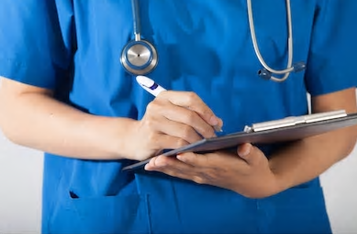 “Democratic California Gov. Gavin Newsom said medical doctors should be able to prescribe housing in the same way they prescribe medication to sick people. ‘Doctors should be able to write prescriptions for housing the same way they do for insulin and antibiotics,’ he wrote. Newsom linked the treatment of mental health to his state’s housing shortage California is currently experiencing a simultaneous homelessness crisis and housing shortage As of January 2019, California had an estimated 151,278 people experiencing homelessness on any given day.”

A senior member of the Governor’s staff, who wishes to remain anonymous, said that once the Governor’s suggestion for physicians writing prescriptions for housing has gained traction, Newsom plans to double down on his novel ideas to reduce homelessness.

The source reported that, “Gavin is seriously considering requesting that medical doctors also prescribe transportation, focusing on fuel efficient automobiles, for those who have secured housing through a doctor’s prescription, but who have no means of independent travel.”

Details concerning the vehicular prescription, particularly as to how vehicles will be made available, are still in the planning stage.

The source suggested that, “One part of the plan being considered is to give new home owners a choice from among vehicles impounded in police garages and storage lots. The state would offer insurance, through supporting insurance companies, to new owners through a California Department of Transportation plan to provide liability coverage to the new drivers, while the state retains ownership of the vehicles and responsibility for maintenance.”

An announcement of this enhancement of the housing prescription plan, that includes vehicles, is expected to be forthcoming late in March or early April.